Nevada is going green this holiday season as The+Source, with dispensaries in Henderson and Las Vegas, hosts a food drive through Sunday, Dec. 24 to benefit food banks in Southern Nevada. For each non-perishable food item donated, customers will receive $2 in store credit.

In celebration of the first 6 months of recreational sales statewide, The+Source has received an overwhelming amount of success with its record-breaking food drive, with one customer even donating a thousand canned goods and in turn earning $2,000 in store credit. With approximately 15,000 pounds of food items donated thus far, The+Source expects a total donation of approximately 35,000 pounds of food to light up food bank efforts in Southern Nevada.

Recognized as one of the best alternative therapies in the 2016 Best of Las Vegas Awards, The+Source has two convenient locations in the Las Vegas Valley: at 2550 S. Rainbow Blvd. at the corner of Sahara Ave. and in Henderson at 9480 S. Eastern Blvd. near Serene Ave. The Las Vegas dispensary offers cannabis and merchandise for medical and recreational sales from 9 a.m. to 10 p.m. Monday through Saturday and 9 a.m. to 8 p.m. on Sundays. The Henderson dispensary is open from 9 a.m. to 8 p.m. daily. The+Source is a DBA of Nevada Organic Remedies, which is owned and operated by Andrew Jolley and partners Steve Byrne, Pat Byrne, and Liesl Sicz. The phone number for The+Source's Las Vegas location is 702.708.2000, and 702.708.2222 for the Henderson location. The website is Dispensary Las Vegas - Las Vegas Dispensary | Marijuana Dispensaries, and information about the sale of retail and medical marijuana is available via email at info@thesourcenv.com. The+Source is on Facebook at Page Not Found | Facebook, on Twitter at @TheSourceNV and Instagram at @thesourcenevada. 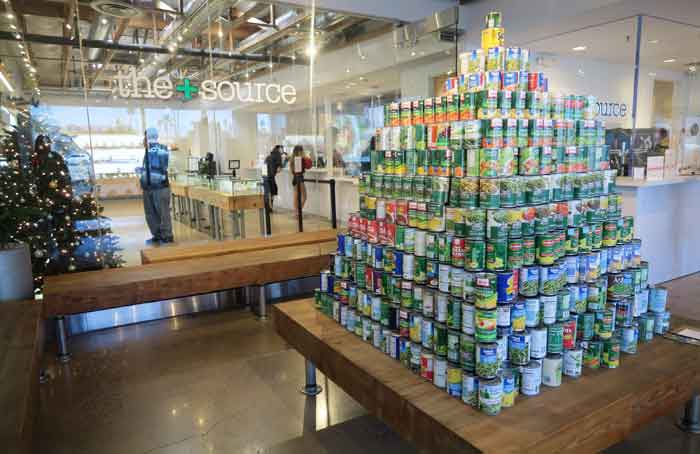 Welcome to the 420 Press Release Forum, created as a service to our readers solely for the dissemination of cannabis and hemp industry related press releases.

It is important for us to state that all press release information published on 420Magazine.com is ONLY based on what companies and individuals (i.e. third parties not associated with 420 Magazine) publish themselves and doesn't involve any 420 Magazine's editorial opinion or review. 420 Magazine takes no responsibility for and disclaims the information available in form of press releases across our website.

420 Magazine has zero tolerance towards objectionable and controversial PR materials published on its website. Any PR material found to be involved into a dispute, in one way or another, and is having one or more complaints received at 420 Magazine, against it supported with enough evidences that clearly indicate, in one way or another, it is harmful, even in a remote way, to the interest of 3rd parties is ground for taking the respective press release permanently down, without prior notice.