The States Are Revolting Against The War On Drugs

On the same day that Attorney General Jeff sessions announced that he would attempt to revamp the war on drugs, it came to my attention that potentially more important events regarding the war on drugs were taking place in Vermont, the “freedom and unity” state.

It would seem that the state legislature in Vermont has voted to eliminate the war on marijuana in the state for recreational use. This is important, critically so, because all of the efforts to legalize recreational marijuana so far have been done by the processes of voter-sponsored ballot initiatives and referendums. In other words, marijuana legalization is now taking place in at least one state legislature, not just the ballot box.

Attorney General Jeff sessions wants federal prosecutors to go after the “most serious crimes with a high likelihood of conviction and long prison sentences.” However, this could very easily apply to nonviolent drug offenses, resulting in lengthy minimum mandatory sentences for large numbers of people.

The attorney general argues that this approach is necessary to be tough on crime and to ensure legal justice.

Opponents argue that the tougher approach will result in many ruined lives, targeting and racial profiling, and would greatly reduce legal justice.

Proponents prefer the tough on crime, war on drugs approach, and a roll back of the state legalization measures. Prominently, this group includes such industries as the corporate for-profit prison industry, the alcohol and tobacco industry, and the pharmaceutical industry.

The attorney general’s “thinking” seems to be based on the old gateway theory of drugs. This theory argues that smoking marijuana will lead to heroin addiction, insanity, violent crime, and death. From this perspective, a crackdown on drugs and opposing the state legalization of marijuana movement would somehow address the heroin and opioid addiction/overdose epidemic.

The gateway theory of drugs has overwhelmingly been debunked by all of the relevant scientific disciplines which have studied it, including medicine, biology, and psychiatry. Statistically, the only connection between marijuana use and heroin addiction is the war on drugs itself. In other words somebody who obtains marijuana in the black market is statistically more likely to later purchase harder drugs in the black market than they were exposed to because of the war on marijuana.

The only significant connection between marijuana and heroin addiction to my knowledge is that marijuana is considered by many to be a helpful component for overcoming heroin addiction. Marijuana helps addicts deal with the pain, nausea, anxiety, poor appetite, etc. The fact that heroin and opioid overdose deaths have declined in states that have legalized marijuana supports this contention. Legalization states have also seen a decline in the number of prescriptions written for dangerous painkillers and psychiatric drugs.

Attorney General Sessions’s announcement can clearly be seen for what it is: a rear guard action in the war on drugs. Such actions take place when circumstances of time and place creates an opportunity to stall an invading force. An example of a rear guard action would be the German military during World War II. Once defeat was obvious the German military retreated out of North Africa and Italy, but occasionally would stop and fight from a defensive position. The purpose of such fighting is not to win a battle or war, but rather to allow more time to evacuate troops and equipment safely.

There are two things for which there is a good deal of certainty. The first is that the American people support repealing marijuana prohibition, both for recreational use as well as medical uses. A growing number of Americans support reforming prohibition of harder drugs as well. Given demographic factors the percentage of Americans supporting such reforms will continue to grow in the future.

The second thing that is quite certain is that state legislatures will be necessary to ensure that marijuana legalization goes nationwide. This is because many states do not have voter sponsored ballot initiatives and most of the ones that do have already voted. Otherwise we would need federal action to repeal marijuana prohibition or a federal judicial decision that would uproot marijuana prohibition.

In the meantime, let us thank our friends in Vermont and let us hope that their freedom-and-unity message and their live-free-or-die mentality is an inspiration to Americans across the country. 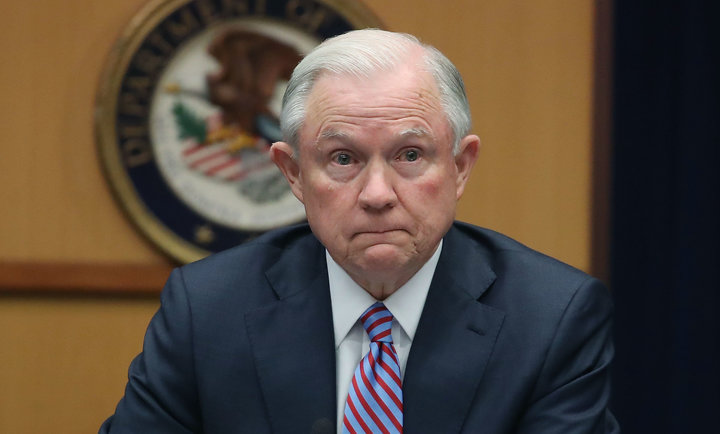 T
Marijuana Has Won The War On Drugs

Drug Warriors Against The War

Waging War Against War on Drugs

Losing The War On Drugs

The Struggle Against The War On Drugs