These Canadian Marijuana Stocks Have Grown Sales By More Than 1,200% Since 2015

There's a very good reason the legal marijuana industry has been referred to as the "green rush" -- it's making marijuana-stock investors a lot of money. Far more pot stocks than not have had their valuations double or triple over the past year.

The catalysts behind this bullishness are a combination of legal sales growth potential, and a consistent shift in the way the public thinks about cannabis.

In terms of sales, cannabis research firm ArcView is forecasting a compound annual growth rate for North America of 26% through 2021. If this comes to fruition, we'd be talking about a nearly $22 billion market by 2021, up from $6.9 billion in 2016. Considering that an estimated $46.4 billion in sales were still conducted on the black market last year, there's a lot of opportunity for legal expansion throughout North America.

Furthermore, Gallup's October 2017 poll found that almost two-thirds of respondents favored the idea of legalizing marijuana in the United States. That's up substantially from the 25% who sided with such a move in 1995, the year before medical cannabis was legalized in California for compassionate-use patients.

The weed industry really has come a long way in a short amount of time.

Canadian pot stocks are growing at a lightning-fast pace

However, it's also stymied at nearly every turn in the nation's capital. Even after 29 states have legalized medical cannabis, and voters in eight states green-lighted recreational pot, the drug remains a Schedule I substance in Washington. That means it has no recognized medical benefits, and is wholly illegal, just like heroin. This scheduling makes it really difficult for marijuana businesses in the U.S. to gain much traction.

Instead, the top performers in the marijuana space have come from our neighbors to the north, Canada. That medical cannabis has been legal since 2001 has helped Canadian marijuana stocks benefit. Health Canada, the equivalent of the Department of Health and Human Services in the U.S., oversees the legal medical cannabis industry, which has been growing at a lightning-fast pace. In fact, three Canadian marijuana stocks have logged better than 1,200% aggregate sales growth between the end of their 2015 and 2017 fiscal years.

Canadian-based medical cannabis grower and retailer Aphria is officially the fastest-growing marijuana stock between 2015 and 2017. After adjusting its results to U.S. dollars from Canadian dollars, the company went from around $429,000 in total sales in 2015 to $15.91 million in sales as of 2017.

Like pretty much all Canadian pot producers, Aphria has benefited from a surge in medical-cannabis patients. Health Canada in May noted that eligible patient enrollment was growing by about 10% a month, pushing a few companies, like Aphria, into the black.

Aphria is also among a small handful of Canadian cannabis producers that have been given the green light to export some of their dried cannabis to foreign markets that have legalized medical marijuana. A good example is Germany, a country with a nascent domestic grow industry that suddenly finds itself ripe with demand.

But Aphria has much bigger plans in mind than just sticking with medical cannabis. Canada is debating the recreational legalization of weed by July 2018, which would open the door to a mountain of new demand. As a result, Aphria is in the midst of completing a more than $100 million project that has four phases. Once phase IV is complete in January 2019, Aphria will have about 1 million square feet of growing capacity and should be able to produce 100,000 kilograms annually. For context, the company sold only 852 kilograms (which includes kilogram equivalents, such as oils) in the first quarter of fiscal 2018, so its sales and profits could skyrocket in the years that lie ahead.

It probably comes as little shock that the biggest name by market share in the Canadian marijuana industry, Canopy Growth Corp., also brings some phenomenal growth to the table. Between 2015 and 2017, annual sales for Canopy Growth have jumped from nearly $1.5 million to about $31.1 million.

Like Aphria, Canopy Growth has benefited from a steady uptick in eligible medical patients. But unlike Aphria, it's primarily focused its efforts on expansion through acquisition. In January, Canopy completed its acquisition of Mettrum Health, giving it access to about half of all medical cannabis patients in Canada. More importantly, as of its most recent quarterly report, the company notes that it's currently developing 2.4 million square feet of production capacity, with another 1.7 million square feet that could be added. In terms of sheer capacity, no company has Canopy Growth beat.

But it's also winning beyond just out-producing its peers. The company's Tweed brand is arguably the best-known of all cannabis brands in Canada, helping it secure partnerships with the likes of rap mogul Snoop Dogg. It also has the ability to export dried cannabis to countries where medical cannabis is legal, and has been no slouch in setting up partnerships throughout (and beyond) Europe to make this a reality.

If the Canadian government does move forward with legalization efforts by July 2018, no company will be better positioned to meet that demand than Canopy Growth Corp. Not shockingly, Wall Street believes it could grow its annual sales by over 200% a year through fiscal 2019.

Another Canadian pot stock with incredible sales growth is MedReleaf, which went public earlier this year. In just two years, sales have grown from a little more than $2.3 million to $31.4 million as of 2017.

Like Aphria, MedReleaf has primarily focused on organic expansion opportunities. Whereas many of its peers have been diluting their shareholders with one bought-deal offering or convertible debt offering after another, MedReleaf has leaned on the bounty from its initial public offering to expand growing capacity at its Bradford facility.

What makes MedReleaf unique is the company's focus on considerably higher margin dried cannabis and cannabis products. MedReleaf offers pricier cannabis strains that cater to a more affluent clientele, as well as focuses its efforts on controlling a large portion of Canada's cannabis oils market. Oils are a higher-price-point, higher-margin item. In other words, MedReleaf can make more money while generating the same amount of revenue as its peers.

The company was also healthfully profitable in 2016 and 2017, and compared to other pot stocks may be the most undervalued of them all. If Canada moves forward with recreational legalization, MedReleaf could be in line to garner about 10% market share.

If you're looking for potential success story in the marijuana industry, these are three to consider. 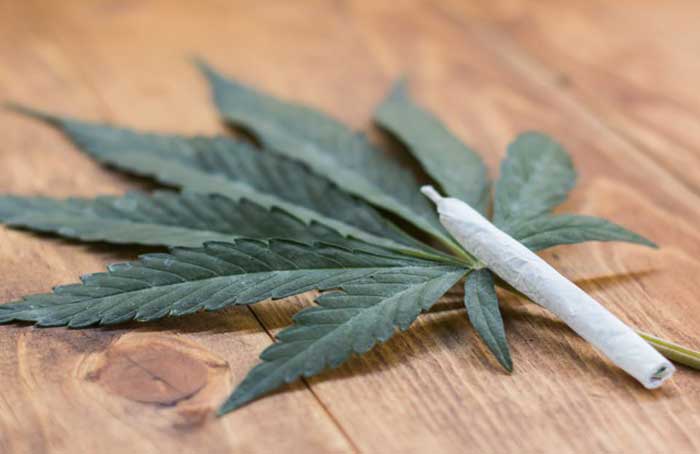