They legalized Hemp: and a bunch of other stuff too!

Some strange things happen when you call the Same Plant by two different legal names. The 2018 Farm Bill made Hemp legal. And it also made legal all 'hemp derived' Cannabinoids other than Delta-9 above a certain threshold. But there is a catch. The plant called "hemp" is also known by another name. That name is Cannabis Sativa. So what was made legal was Cannabis Sativa. As long as the plant or it's extracts don't contain more than a minute amount of Delta-9. This is the law as it was written. Don't ask me to explain this nonsense, because it is based in irrationality.
What it means for us is that all Hemp-Derived Cannabinoids are now legal and available for sale online in the 36 states that adopted the specific language of the Farm Bill. Don't let anybody tell you different. And there appears to be little interest in closing this 'loophole'. Indeed, the focus now is on legalizing because the states want the revenue. I do not see that changing any time soon. 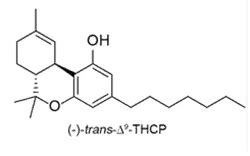 Interesting post, what are the 36 stages that adopted the farm bill?