This Marijuana Stock Could Be The Biggest Comeback Story Of 2018

Insys Therapeutics is one of the most hated biotech stocks on the market today. That's the case, at least, if you use short interest as a proxy for how much investors hate a given stock: A whopping 40% of Insys stock's float is sold short.

There is a laundry list of reasons why Insys has fallen in disfavor. Its revenue is plunging, and the company is the target of multiple investigations over promotional practices for its lead product. In my view, though, Insys isn't a lost cause. I even think this marijuana stock could be the biggest comeback story of 2018.

Ingredients of a comeback

There are three ingredients that Insys possesses that I suspect could enable the stock to make a big comeback. At the top of the list is the significant short interest in the stock. Short-sellers make plenty of money when a stock falls. However, they can be in a world of hurt if a company has positive news that drives its share price higher. As the short-sellers rush to cover their positions, it pushes the stock up more. This phenomenon is called a short squeeze -- and they're fun to be part of if you own shares in the initially beaten-down stock.

With four out of every 10 shares of Insys Therapeutics available for trading sold short, it's clear that there are many investors betting that the company only has bad news for a while. If they're wrong, though, Insys could be in store for a major surge. That leads to the other two ingredients of a comeback that I think will help Insys.

A lot of the company's woes have stemmed from the steep decline in sales for opioid painkiller Subsys. But if sales stabilize for Subsys, that would be a definite positive for Insys. There's reason to believe better days are ahead for the company's top-selling product. Insys CEO Saeed Motahari recently stated that the rate of decline for Subsys sales slowed in the third quarter. He predicts that sales for the drug will stabilize in the fourth quarter.

The third ingredient that could fuel a comeback for Insys is its newest product, Syndros. The cannabinoid drug won FDA approval last year for anorexia associated with weight loss in AIDS patients, as well as nausea and vomiting associated with chemotherapy in cancer patients. Insys had to wait until earlier this year, though, for DEA scheduling of the drug and a final label from the FDA. The company launched Syndros in August.

Syndros represents a new era for Insys. Motahari has said he intends for Insys to become "the top cannabinoid company in the U.S." The biotech is exploring other indications for Syndros and has two clinical studies in progress for its experimental cannabidiol (CBD) product.

It wouldn't be surprising if Insys' rebound begins this year. If the company provides a pleasant surprise when it announces its third-quarter results, you can practically count on a nice jump. However, I expect the stock to really turn things around in 2018. Why?

Although Motahari thinks sales for Subsys will stabilize in the fourth quarter, the best news could come next year. Beginning in January, Subsys will be the preferred TIRF (transmucosal immediate-release fentanyl) product on the formularies of two of the largest pharmacy benefits managers in the country, as well as one of the top health insurers. The impact of these beneficial formulary placements won't be felt by Insys until the first quarter of 2018.

Also, the ramp-up of sales for Syndros will probably be somewhat slow. That's to be expected for a class II narcotic. Some investors will want to see solid growth for the drug before trusting that Insys will be successful. For its part, Insys continues to think that Syndros will eventually generate annual sales of around $200 million. We should have a better feel in 2018 if this sales estimate is attainable and how long it might take to get there.

What could get in the way

The biggest clouds hanging over Insys Therapeutics' head are the ongoing investigations about the company's past promotional practices for Subsys. Should the company incur a massive fine or settlement amount, it could derail prospects for a strong rebound.

While that scenario is possible, I don't think it's likely. For example, Insys settled with the state of Illinois for $4.45 million. If other settlements are around that level, the company will be fine. Insys had nearly $142 million in cash, cash equivalents, and short-term investments at the end of the second quarter, so it is in a relatively solid financial position to withstand an even bigger hit.

If Subsys sales don't stabilize or Syndros totally flops, all bets are off on a comeback as well. Again, though, I don't think either will happen. My view continues to be that Insys stock is arguably the best U.S. marijuana stock on the market right now based on its valuation and future potential. All it needs is a little bit of good news to get the comeback rolling. 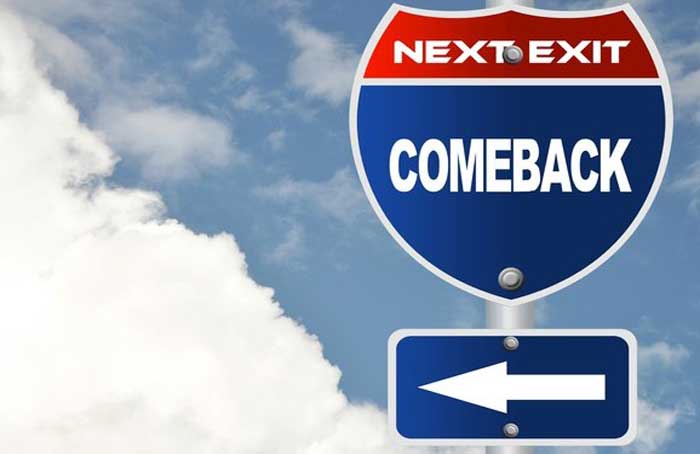 Why This Marijuana Stock Crashed 18.5% In August

This U.S. Marijuana Stock Is Arguably The Best On The Market -- And It's Dirt Cheap