This Marijuana Stock Is Waving Goodbye To The USA: Time To Buy - Or Sell

Aphria now claims a market cap of nearly $1.8 billion -- double where it was in October. The stock is also no longer a bet on the U.S. cannabis market after Aphria announced plans to reduce its U.S. exposure. Does this move make Aphria more of a stock to buy -- or to sell?

It made for a good story at the time. Most Canadian marijuana growers were thumbing their noses at the U.S. market. Aphria, on the other hand, was planting stakes all the way down in Florida. The company invested in a special-purpose private company called DFMMJ Investment Ltd. DFMMJ managed Chestnut Hill Tree Farm, which is one of only seven licensed dispensaries of medical cannabis in the state of Florida. With Florida representing roughly 14% of the total U.S. medical marijuana market, Aphria thought it had made a smart deal.

DFMMJ said it wanted to move into other states where medical marijuana was legal. Aphria CEO Vic Neufield seemed gung-ho about Florida being a launching pad for even more expansion. Neufield said the the deal was just the start of Aphria's plans to dominate the world like the First Order in the latest Star Wars movie. (OK, he really said it was "only the beginning for our plans to be a dominant player in the medical-cannabis industry internationally," but I've had The Last Jedi on my mind lately.)

But not so fast, Vic. The Toronto Stock Exchange (TSX), on which Aphria stock currently trades, didn't take the U.S. investment very well. It's not that the TSX is anti-U.S.; I'm sure the exchange's executives love their American neighbors. However, the TSX stated on Oct. 16 that "issuers with ongoing business activities that violate U.S. federal law regarding marijuana are not complying with [listing] requirements."

Aphria quickly met with the TSX. Neufield didn't want to have his company's stock delisted from the exchange. Then on Dec. 11, Aphria announced that it would cut its exposure to the U.S. market. Neufield stated in an interview, "We are trying to endeavor as best as possible, as expeditiously as possible, to divest from Aphria any direct involvement in any medical cannabis that we have in the U.S."

Did Aphria stock plunge on the news that it would say au revoir to the potentially enormous U.S. market? Absolutely... not. Actually, its share price went up. And that made perfect sense.

First of all, Aphria showed its commitment to staying on the TSX. It's Canada's biggest stock exchange and the ninth largest stock exchange in the world. Being delisted from the TSX and moving to a smaller exchange would have been a blow for Aphria.

Second, the U.S. marijuana market still faces considerable risks. Remember, use of marijuana -- even medical marijuana -- remains in violation of federal laws even though many states have legalized the drug. U.S. Attorney General Jeff Sessions would be a happy camper if he could take a broom and sweep away the entire cannabis industry.

Third, Aphria's goodbye to the U.S. market isn't as concrete as it might sound. Sure, Aphria's CEO said the company would move away from any direct involvement in the U.S. cannabis market. However, he didn't say Aphria wouldn't have indirect investments in the United States. In fact, that's exactly what the company wants to do by shifting its U.S. investments into Liberty Health Sciences, a separate entity in which Aphria not-so-coincidentally owns a big stake. If that doesn't fly, Aphria could instead spin off its U.S. interests into a separate entity that isn't traded on the TSX.

My view is that Aphria cutting ties to the U.S. makes the stock a better investing alternative. Other major medical marijuana growers in Canada saw the U.S. market as too risky and focused on other countries like Germany. That's the approach that I think Aphria should take as well.

The major focus for Aphria right now, though, should be right at home. Canada is on course to legalize recreational use of marijuana in 2018. This is a market that's conservatively estimated to be more than $4 billion annually. Some estimates project the market will be much larger than that.

Anytime I discuss Aphria, I always point out the stock looks really expensive. (By the way, the stock looks really expensive right now, with shares trading at 105 times trailing 12-month sales.) However, if the Canadian marijuana market is as huge as many expect it will be, Aphria's growth could even justify that sky-high valuation. Like those optimists, I think Aphria, along with other major Canadian marijuana stocks, could be big winners again next year. It might need a little help from the Force, though. 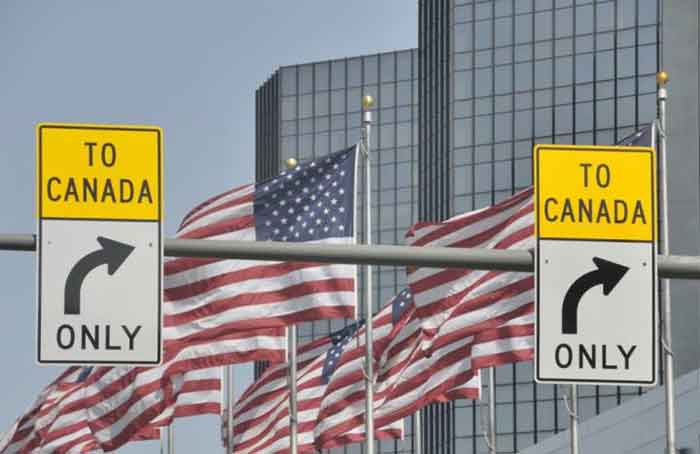 This Canadian Marijuana Stock Is A Bet On The U.S. Cannabis Market, Too