This Week In Marijuana History 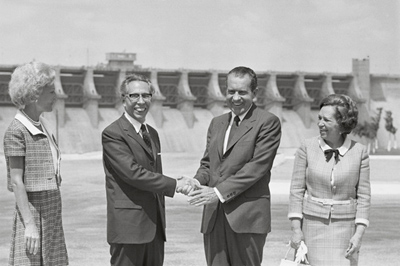 At the beginning of the second week of Operation Intercept, the Nixon Administration's failed, unilateral attempt to halt the flow of drugs from Mexico into the United States, the Bureau of the Budget (predecessor to the Office of Management and Budget) sends a scathing critique to the White House of the June report that served as the catalyst for the plan, calling it a "grossly inadequate basis for Presidential decision" and warning that its recommendations were based on faulty or unproven assertions.
More on Operation Intercept:
Operation Intercept - The Multiple Consequences of Public Policy
Operation Intercept: The Perils of Unilateralism

October 2, 1982:
Ronald Reagan, in a radio address to the nation on federal drug policy, says, "We're making no excuses for drugs -- hard, soft, or otherwise. Drugs are bad, and we're going after them. As I've said before, we've taken down the surrender flag and run up the battle flag. And we're going to win the war on drugs." 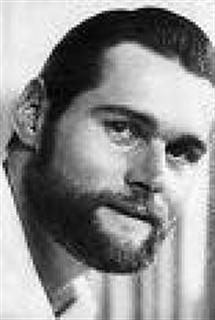 Thirty-one people from various law enforcement agencies storm Donald Scott's 200-acre ranch in Malibu, California. Scott's wife screams when she sees the intruders. When sixty-one-year-old Scott, who believes thieves are breaking into his home, comes out of the bedroom with a gun, he is shot dead. A drug task force was looking for marijuana plants. Interestingly, Scott had refused earlier to negotiate a sale of his property to the government. DEA agents were there to seize the ranch. After extensive searches, no marijuana is found.
Go here for more aboutThe Death of Donald Scott


October 1, 1998: The increase in funding of prisons and decrease in spending for schools prompts protests by California high school students. 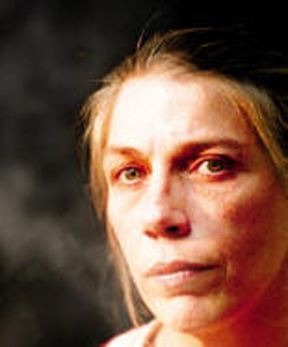 Drug Enforcement Administration agents seize files containing legal and medical records of more than 5,000 medical marijuana patients associated with the California Medical Research Center in El Dorado County when they raid the home and office of Dr. Mollie Fry, a physician, and her husband, Dale Schafer.

Federal law enforcement agents have for the first time raided a doctor's medical marijuana practice in a state where the laws allow for medicinal marijuana use. On September 28, Drug Enforcement Administration (DEA) agents with weapons drawn raided the California Medical Research Center in El Dorado County, in the Sierra Nevada foothills. The raiders also searched the home of Dr. Marion "Mollie" Fry and her attorney husband, Dale Schafer, directors of the center, according to CMRC employees and attorney Heather Schafer, daughter of the couple.

The center has provided medical and legal consultations for more than 6,000 medical marijuana patients from around the state. It also provides educational services for registered patients, including classes in cooking and cultivation, the latter of which apparently was the pretext for the raids. Dr. Fry, an outspoken advocate of the medicinal uses of marijuana and a cancer patient herself, has participated in numerous educational events on medical marijuana throughout the state.

No marijuana was found at the center, but DEA agents and El Dorado County Sheriff's deputies destroyed 32 plants being grown at the Fry-Schafer residence for the personal use of Dr. Fry. Fry and her 14-year-old son were handcuffed and detained for several hours, but were not arrested, Heather Schafer told DRCNet.

Agents seized all of the center's patient records, said Schafer, but a federal magistrate has sealed those records because they contain privileged attorney-client information. Despite the loss of its records, the center remains open for business, employee Jaimie Daniel told DRCNet.

The DEA has so far refused to comment on the case other than to say that an investigation is underway.

Activists and patients had been nervously waiting to see what posture the agency would take under the new leadership of Asa Hutchinson and in the wake of last summer's Supreme Court ruling. In the Oakland Cannabis Co-op case, the Court held that state medical marijuana laws offered no affirmative defense from federal marijuana statutes. While federal agencies have harassed medical marijuana doctors, providers and caregivers through civil injunctions and covert surveillance, a raid leading to federal criminal charges would be a first and could signal the beginning of a federal crusade against medical marijuana in the states.

"This was the DEA raiding a medical marijuana center," said Heather Schafer. "We were the first, but everybody in this community and this movement is fearful that they could be next."

"The other shoe has dropped," said Jay Cavanaugh, director of the National Alliance for Medical Cannabis (Medical marijuana (cannabis) - American Alliance for Medical Cannabis). "We've been waiting to see whether the federal government under Ashcroft and Hutchinson would be true to its pledge to respect state laws or whether the feds would continue to hound medical marijuana patients and caregivers," he told DRCNet. "Now we know."

But, Cavanaugh added, he is not so certain that the orders are coming from Washington. While El Dorado County Sheriff's deputies told Fry and Schafer they were acting only on the behest of the DEA, Cavanaugh suggested that recalcitrant state officials opposed to the medical marijuana law are collaborating with action-hungry DEA agents to disrupt the movement.

"In some parts of California, local authorities have been on a mission to eliminate medical cannabis," said Cavanaugh. "El Dorado County is one of them. The biggest thorn in their side is Mollie Fry. Her practice is limited to medical marijuana consultations, her process is immaculate -- I've witnessed it myself -- and she is one of the largest recommendation providers in the state. And her husband, Dale Schafer, recently announced plans to run for District Attorney."

Berkeley-based medical marijuana advocate Dr. Tod Mikuriya (memorial index) also pointed toward a local-federal alliance at work. "This is a Rosemary's Baby sort of coven of federal, state and local officials who are engaged in an unconstitutional conspiracy to deprive patients, doctors and caregivers of their rights," Mikuriya told DRCNet. "These people are behaving like a cabal."

Mikuriya should know about harassment of doctors who write medical marijuana recommendations. "There are 47 complaints against me at the California Medical Board," he said. "Not one of them is from a patient." Mikuriya has begun a counteroffensive with civil lawsuits directed at officials in two counties.

Dale Gieringer, director of the California chapter of the National Organization for the Reform of Marijuana Laws (California NORML), told DRCNet it is too early to say that Bush's new DEA team or state law enforcement are cracking down on the medicinal use of marijuana. "I know there's been surveillance at cannabis clubs for a while," he said. "It's premature to say whether it's part of a larger campaign, I don't know yet. It is the first time the DEA has tried to close a medical cannabis center, for whatever that's worth. The question is: will they go after the co-ops next?"

There is another local angle. On September 24, police in El Dorado County announced they had raided what they called a "major marijuana cultivation and sales operation," arresting two employees of FloraCare, the company that allegedly provided the weed to medical marijuana users. Some FloraCare employees are former employees of the center, Heather Schafer told DRCNet, but no longer have any connection with it.

With patients already bringing in copies of medical records now sitting in a federal magistrate's office, the center is turning to the coming legal battles. At an October 4 hearing in federal court in Sacramento, attorneys for the center attempted to convince Federal Magistrate Gregory Hollows that the records should not be shown to law enforcement officials because they are covered by attorney-client privilege.

"Every patient went through an educational process and a legal consultation before even seeing the doctor," Heather Schafer told DRCNet, "so all these records are confidential and covered by the attorney-client privilege. Does the DEA have the right to look at those records? We don't think so, and we hope the judge agrees."

US Attorney Anne Pings disagreed. Citing a "crime-fraud exemption," Ping told the magistrate the attorney-client privilege does not apply to the patient records. "Theoretically, the government is entitled to know what individuals purchased marijuana or were informed about the opportunity to purchase marijuana," she argued.

Her argument was weakened, however, by the fact that the medical center did not distribute marijuana to patients. Informing patients of the existence of co-ops that distribute medical marijuana is not a crime.

Magistrate Hollows did not rule immediately on the issue. He instead announced he would make his ruling public on October 22.

No criminal charges have yet been filed against Dr. Fry or anyone else involved at the center. "But we don't know what the future will bring," said Schafer.

And that may be the point, according to Cavanaugh. "I fear the feds have found a strategy where they can put a real dent in the medical marijuana movement without having to pursue criminal charges," he said. "They know they would have a real problem with California juries, so they just come in and seize the medicine. In their eyes, it's contraband, so they destroy it. They have already done this to a couple of medical grows in Northern California at the request of frustrated local authorities."

The tactic works in another fashion, too, Cavanaugh explained. "By not charging people, the authorities are able to hang over their head the threat of an ongoing investigation. That scares the doctors from writing recommendations, that scares the patients from getting involved in a group under police scrutiny, and they hope it scares Mollie Fry into stopping what she's been doing. They will be proven wrong on Dr. Fry at least."

Mikuriya told DRCNet part of the problem is weak leadership from Attorney General Bill Lockyer, who is charged with overseeing implementation of the Compassionate Use Act. "The Attorney General needs to be in there defending Dr. Fry and standing up for the state of California," said Mikuriya. "But Bill Lockyer lacks the command authority experience to demand implementation of the law or measure compliance with it. He could issue statewide guidelines, but he never has. These raids are the result of illicit acts between state, local, and federal officials to contravene the will of the voters."

"This is outrageous," said Cavanaugh, "absolutely chilling for patients and doctors. You know, after those terrible attacks on the East Coast, this is the one time we're cheering for the government, and then we see DEA agents handcuffing a 100-pound, cancer-ridden doctor on the ground for a couple of hours. Gee, maybe she had a box cutter."
Source: DEA Raids California Medical Marijuana Doctor, Feds Want to See Patient Records
More:
CannabisMD Reports : Molly Fry, M.D.
Last edited by a moderator: Sep 18, 2008
420 Magazine - Your Best Choice For Cannabis News

This Week In Cannabis History