Illinois - Businesses can still do random drug testing of employees, and discipline those who violate company policy even if the marijuana is medical under the Illinois law that starts Jan. 1, he said. As a parent of three teenagers, Tim Thoelecke Jr., said he does not like the idea of "a lot more people out there using marijuana." Thoelecke, the president of InOut Labs in Morton Grove, a drug testing service, said that will be the effect of an Illinois law going into effect Jan. 1, which permits the use of medical marijuana under regulated conditions.

But he points out that businesses still have the power to decide whether they want to allow their employees to use marijuana--even medical marijuana. "The law specifically allows employers to decide whether they want to allow it in the workplace," he said. The key to doing so is to have an updated policy in place and do random testing. If the policy specifically says employees are not permitted to use drugs and random drug testing finds drugs in their systems, it's relatively straightforward to enforce that policy, he said.

"In the few cases in other states (which allow medical marijuana) that have gone to court that have made it into the press, the employers have won," Thoelecke said. "So employers who do only pre-employment testing may want to consider random drug testing." The U.S. Department of Transportation mandates testing of workers in safety-sensitive positions, such as pilots, train engineers, subway operators and ship captains.

"Since they started testing in that industry, the positives (positive test results) have dropped over the years," he explained. "That's a testimonial to the effectiveness of random drug testing." Another huge question facing employers stems from the fact that marijuana can remain in the body for weeks after a user used it to get high. Thus, employers must decide how to handle it when an employee's drug result shows up as positive.

The Department of Transportation regards a positive result as evidence the employee has marijuana in their system--regardless of whether the marijuana was inhaled that day or three weeks prior--and acts accordingly to discipline employees, Thoelecke said, suggesting many employers may do the same thing. The section of the Illinois law on medical marijuana, effective Jan. 1, 2014, governing employers' rights and employees' responsibilities is as follows: 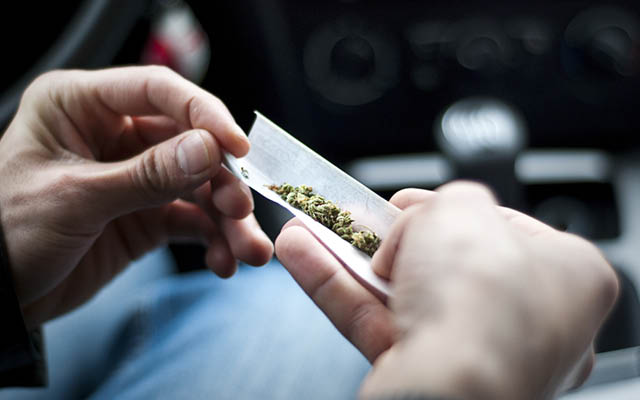 Thanks for posting this General. I've really been wondering about the effect of MMJ (and recreational use) testing in the workplace.

I'm sure it will take time, but at some point employers are going to have to begin to examine the fine line (Constitutionally and common sense) of testing for Cannabis consumption but not testing for, or disallowing other drugs (think pharmaceuticals) or intoxicants. Is it better to have an employee taking prescribed Xanax for say an anxiety disorder, or consume cannabis? Or is a better employee one that takes a pharmaceutical medication for epilepsy or one that utilizes cannabis? If they test for one and not the other is it a violation of the employee's constitutional rights by limiting their treatment options? At some point I anticipate a challenge to anti Cannabis policy based at least in part, on the American Medical Disability Act.

Even on the recreation front, if it okay for an employee to overindulge in alcohol consumption over the weekend as long they aren't still intoxicated at work on Monday, is the employee's legal right to Cannabis consumption (in legal states) being infringed if the employer has an anti cannabis policy in place?

Again I'm sure it will all take time to sort out but I am led to think that eventually, as the prevalence of cannabis use in the general public is more accurately measured through random screenings and pre-employment screenings and employers have difficulty in finding or keeping valued employees, there will be changes to these anti cannabis policy will become a thing of the past.

We can always hope and dream!
"Governments are not competent and do not have the moral authority to ban something, based either on disapproval or a desire to protect people from their own choices. It is high time we stopped interfering with adult choices. Government opinions are only relevant to those who are incapable of deciding things for themselves.