Thousands of people are expected to flock to Boston Common this weekend for the 28th annual Boston Freedom Rally – the first time the marijuana festival has been held since voters approved a ballot referendum last November legalizing the drug for recreational use.

As of Saturday morning, about 7,400 people indicated on Facebook that they plan to go to the rally, organized by the Massachusetts Cannabis Reform Coalition.

The festival, which began Friday, is scheduled to be held from noon to 8 p.m. on Saturday and Sunday according to its Facebook page.

Musicians are slated to perform throughout the weekend on stage near Charles Street and at the Parkman Bandstand.

Organizers did not face the same kind of legal battles this year that were fought leading up to last year's event, when Mayor Martin J. Walsh's administration withheld a permit over the coalition's plans to use vendors who were not previously licensed by the city. A judge sided with the organizers and issued an emergency order that allowed the rally to be held.

A spokeswoman for Walsh told the Globe in late August that both sides "have better communicated expectations and conditions" leading up to this year's event. 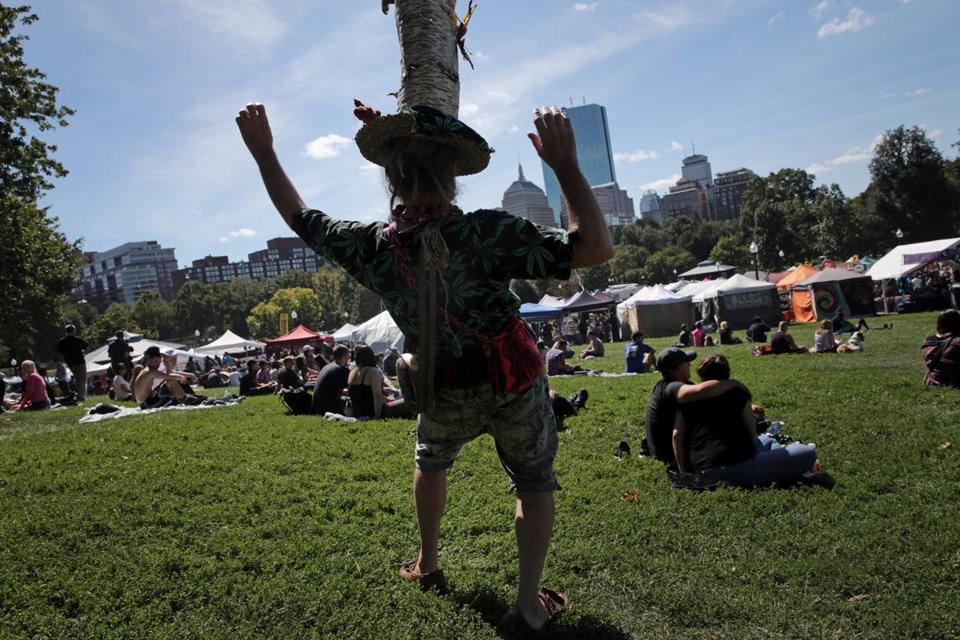