Washington State - An additional three businesses have received their state licenses to grow and process recreational pot in Whatcom County - bringing to 13 the number licensed to do so here. The state Liquor Control Board has issued grower-processor licenses to:

The state created three tiers for growers based on square footage. Tier 1 was originally for operations smaller than 2, 000 square feet; tier 2 was 2, 000 to 10,000 square feet; and tier 3 was 10,000 to 30,000 square feet. But because so many applied for licenses to grow pot, the state decided in February to cap producers at 70 percent of the maximum growing space for which they applied.

The liquor board is overseeing the implementation of Initiative 502, which legalized recreational pot in the state. Old School's Lallas said he would bring his background in the nursery and landscaping business to his new venture growing recreational pot. "It seemed like a good, honest business that has a lot of potential for making money," Lallas said of why he wanted to be among the state's pot pioneers.

Old School will start small. It will have two workers, including Lallas. Its grow space will be a little more than a third of what is allowed as a tier 2 operator, but Lallas hopes to be able to reach the maximum capacity allowed under his license within a year. "As the business grows, so will the employees," Lallas said. "Right now, we're just starting."

He said getting the go-ahead from the state was "incredible, really." "I guess it's even still sinking in. It's been a roller coaster ride," Lallas said. He said he's lost 25 pounds between the stress and the long hours of work it's taken to launch his new business. "I probably gained back a couple of pounds since I got approved," Lallas said, laughing.

Meanwhile, recreational pot sales statewide have so far totaled $8.3 million since July 8, according to the liquor board. Those sales generated a little more than $2 million in excise taxes. Top Shelf Cannabis in Bellingham, the first recreational pot store to make a sale in Washington state, was among those sending money to the state's coffers. John Evich, a partner in the business, said the retail store has paid more than $80,000 in excise and sales taxes for roughly 16 days. "A lot of money for 16 days of being open," he said. "We're not getting rich." 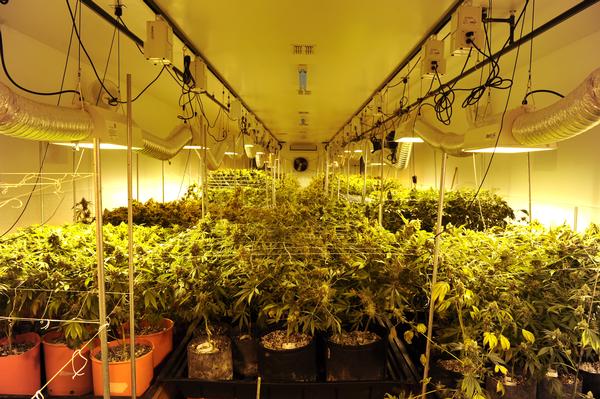