To Grow in the Know

AUGUSTA -- Marijuana is known for making some people feel good and making others angry, particularly when it comes to debates about whether or not to make the plant available to the ill and the injured.

But the plant becomes much less exciting when the topic turns to how it grows.

"I think it's important, when you grow something, to know something about it," said Ray Logan, instructor for the fourth Marijuana State University medical marijuana grow class, held Saturday at the Senator Inn.

Logan started growing marijuana in the 1970s and built his first hydro growing operation in 1980, when such activity was illegal for everybody.

Maine in recent years has relaxed laws pertaining to marijuana use and has issued about 980 registration cards for marijuana patients, each of whom must have a medical condition specified in the state law, and a recommendation from a doctor. Logan, who was injured in a skydiving accident in 1996, is one of the state's marijuana card holders.

Logan, 56, is offering the expertise he has acquired over years of trial and error during three-hour classes dubbed Marijuana State University. The soil and hydro growing classes promise to teach you, "Everything you need to know to grow but were afraid to ask."

Saturday's class at the Senator was the fourth class offered by MSU. Logan averaged more than 25 students at classes held in Auburn, Portland and Saco. Saturday's class drew about a dozen students, a couple of whom attended via computer.

The class, which is $85 for most, includes a CD containing all the information included in the class.

A mix of men and women, most middle-aged or older, attended Saturday's class. Each took a seat at one of several tables in rows behind the front table, which included the computer and other equipment for Logan's powerpoint presentation.

The students, all but two of whom were separated by at least one chair, sat in silence as Logan worked to prepare the presentation in between phone calls from a student who was having trouble logging into the class with his computer.

At the back of the room another table was sparsely covered with souvenirs of the occasion, including snack crackers, T-shirts and bumper stickers that read, "My parent is an honor student at Marijuana State University."

Any levity inspired by the souvenirs, however, was quickly dismissed when Logan's instruction began. After giving a detailed anatomy of a marijuana plant, including how to determine the plant's sex, Logan launched into a detailed discussion of what is needed to make marijuana grow. The class took on the unmistakable feel of a science class.

"I have a pretty good base of knowledge," Logan told the students. "I study this stuff constantly."

The three most important components to consider when growing marijuana are air, water and light, Logan said. He spent several minutes giving an overview of the important aspects of each

"It's very important to keep your light as close to the plant as possible," Logan said.

When it comes to water, for those who live in the city, it is important to let the water sit overnight before applying it to the plants so that the chlorine gas is allowed to escape.

The plants also need a plentiful exchange of air.

"You want to be changing that air out three or four times a minute," Logan said.

Perhaps the singlemost consideration for a successful grow operation is the pH level of the soil and water, Logan said.

"A deviation in pH can make a huge difference," he said.

MSU's next class, yet to be scheduled, will be held in Portland, according to the website marijuanastateuniversity.com.

The website promises the classes will have information for beginners, but even experts will learn a thing or two.

"We have over 30 years of growing experience," Logan wrote on the site. "Not corn, not peas, just growing excellent marijuana." 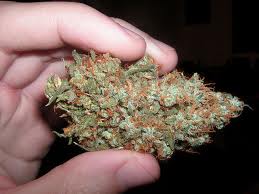 To Grow in the Know

Lincoln teen going to prison for plans to sell marijuana