Canada - Two-year-old Kyla Williams hasn't learned to walk or talk, her development has stopped as she suffered as many as 200 seizures daily and no medication helped. Now the girl's family says she hasn't had a seizure in a week, ever since they began giving her cannabis oil extracted from hemp. The oil being used by the toddler has high amounts of cannabidiol, known as CBD, the main ingredient in medical marijuana, and almost no psychoactive ingredients. Its use is in a legal "grey area," according to proponents. Only dried marijuana is currently regulated by Health Canada, the sale of resin and oil by growers is forbidden. The hemp that the cannabis oil is being extracted from is supposed to be destroyed by farmers under federal regulations. However, few controls seem to govern the dispensary and parents providing the two-year-old with the oil.

Despite the lack of legal clarity, Kyla is continuing to use her unconventional medicine. On Sunday evening, she had been seizure-free for a week. "Within 20 minutes of administering it the first time, she stopped her seizures completely. She had six seizures earlier as I said goodbye to her, it was so hard to watch," said grandmother Elaine Nuessler. On Saturday, the girl's grandfather spoke publicly about the need for greater access to the medical marijuana-like substance. A former RCMP officer, Chris Nuessler told a crowd of 60 in Summerland, B.C. that his views on marijuana have changed significantly since his granddaughter began showing signs of uncontrollable epilepsy when she was six months old.

"We come from a background where we've never dealt with marijuana before in our lives," said Ms. Nuessler. "We've discovered that it's a healing plant." For more than a year, Kyla was treated with a battery of prescription drugs, none worked, many made her condition worse. Due to the epilepsy, the girl also suffers from serious visual impairments. After being told by physicians that the girl's life would be cut short by the seizures, the family contacted Jim Leslie at the Nation's Best Weeds Society, a dispensary in Vancouver's east end. Aided by anecdotal evidence that cannabis with high levels of CBD was being used successfully in the United States, Mr. Leslie set out to find something similar in Canada.

He soon came across an often discarded piece of hemp that is high in CBD. "We've got a winner here," he remembers thinking when he saw the results of tests on the plant. "A small, small percentage of farmers are diverting the CBD-rich part of the plants to us," said Mr. Leslie. The Vancouver-based dispensary has a note from Kyla's pediatric physician recommending cannabis. Under federal rules, the family should be providing the two-year-old with medical marijuana in it's more traditional form. In the past, Canadians have moved to the U.S. to gain access to the oil. In late 2013, the parents of 13-month-old Kaitlyn Pogson moved to Colorado to obtain the drug, hoping it would help with their daughter's severe seizures.

With no medical trials showing that cannabis helps children with seizures, Arthur Schafer warned that the impact of the drug's exposure on a child's brain remains unknown. "The rigorous scientific evidence isn't there, but the anecdotal evidence seems quite promising. Would a reasonable and loving parent take the risk of giving their child medication that could cause serious harm? Not unless the situation is desperate and nothing else has worked," said Mr. Schafer, the director of the Centre for Professional and Applied Ethics at the University of Manitoba. "If the harm is there in front of you daily in seizures, the reasonable and loving parent might take the risk. I would." 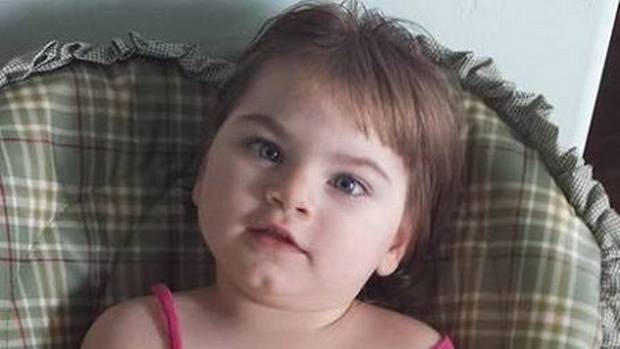 Nice article General! I would take any risk I had to for my family. The tune changes dramatically when someone who upholds the law and something happens to them or a loved one medically. Listen folks, its not their fault, they are just doing their job. It is important for ex-law enforcement to tell of their 'journey' also. Now for some politicians to come forward. Apparently good, decent common folk's opinion doesn't count. I love my country and I love our people. But when our government turns it head to the medical side of MJ strictly for profit to keep MJ a class 1 drug by getting special interest money from the big pharmies, then its greed over human lives. That is a BIGGIE in my mind and who should be behind bars for 'mass murders'? Sounds harsh? Look around and see all the people just dying of cancer and many other illness. I rant about this all the time, but, these stories like this one don't always end up so well do they? Children touches our hearts the most. They have their whole life ahead of them and sadly so many of them do not have the option to use cannabis concentrated oil.

Another mention. Charlottes Web strain is nothing more than a high CBD strain. All high CBD strains are for epilepsy or any other ailment requiring high CBD/low THC. It could be Harlequin/Cannatonic/AC/DC any of them. You can get the THC down to 0 grown full term or even past. Just so the people who are dealing with this issue do not have to think they just need or only have one option of strains.