Trump, Congress, Should Give Hemp Farmers A Break

During his surprisingly successful bid for the presidency, Donald Trump famously sought out rural America and American farmers, and for good reasons beyond politics.

For years, farmers in Colorado and other states have struggled against falling prices, global competition and a drain of talent as millennials leave the family business to boomer parents, or sell out and move on. The situation is dire enough that in Colorado special steps are being taken to extend suicide hotline help to farming districts, as Erin Douglas reported in The Denver Post this weekend.

So we couldn't help but notice another Post story on Sunday, from Libby Rainey, that recounts problems some farmers in Colorado and other states are facing; problems perfect for a businessman president with a thirst for curbing government regulation to solve.

Congress legalized hemp cultivation in 2014 for those states, like Colorado, that regulate the crop. But because marijuana remains locked into the most-dangerous category of illegal drugs in the eyes of the Drug Enforcement Administration, and because Trump's attorney general, Jeff Sessions, can't abide the weed, hemp farmers join the ranks of state-permitted cannabis entrepreneurs who struggle with wrong-headed federal regulations.

Hemp could be an innovative and attractive crop for young and old farmers to add to the rotation, as some pioneers already are showing. The crop grows well and is attractive to all kinds of buyers. Commercial and industrial applications abound and more are coming online now that so many states – 33 presently – allow its cultivation. The weed can be used in medications that rely on cannabidiol oil, but it is not psychoactive. With less than 0.3 percent of the THC that gets one high, Sessions has little reason to fear shaggy fields of hemp growing upon on the fruited plains.

Yet hemp farmers, like their peers in the legal medical and recreational industry, are denied bank accounts due to federal rules. They can't get crop insurance either. Even securing some water rights is a headache or impossible, despite a Republican-led effort at the state legislature that awaits federal buy-in.

"Basically, I was encouraging the federal government to get involved," state Rep. Don Coram, R-Montrose, said of the water rights legislation in making the point that the current regulatory framework creates unworkable uncertainty.

In June, Trump addressed farmers in Iowa, saying, "American farmers and ranchers are the best – absolute best at what they do. And they can compete anywhere if they are given a level playing field."

He was talking about fair trade, of course, and not hemp, but given that dozens of countries allow hemp cultivation, the wisdom's the same.

Trump could fix the problem by directing his administration to knock pot from its ridiculous position as among the most dangerous of controlled substances. Congress could act as well, and we're pleased that so many of our congressional delegation, on both sides of the political spectrum, support needed regulatory reforms.

Lawmakers might move faster if the president stood with the next generation of farmers and led the charge for better opportunities on the ground. 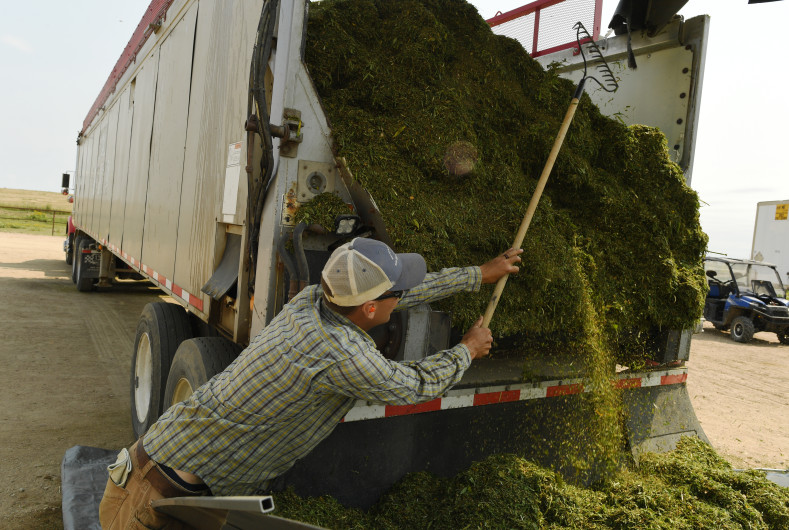