Oregon - A divided Tualatin City Council effectively banned medical marijuana retail outlets, following Medford and Gresham's lead, amid a debate about whether local governments have such power. Under new rules approved this week, businesses must be in compliance with all local, state and federal laws to receive a business license in Tualatin. Marijuana remains illegal under federal law. Oregon legalized marijuana retail establishments earlier this year. Applications for a state registry begin in March 2014.

This language, packaged with housekeeping changes to Tualatin's business license regulations, made no reference to medical marijuana in either the staff report or staff presentation to council. Finance Director Don Hudson's example of applying the provision was for a business not in compliance with state building codes. Councilor Frank Bubenik pointed out that the change mirrors Medford, which passed an identical measure in September. He warned that Tualatin faces a lawsuit, a risk Tualatin City Attorney Sean Brady acknowledged.

State legislature attorneys said local governments cannot regulate medical marijuana outlets, while the League of Oregon Cities disagrees. Councilor Ed Truax criticized the lack of transparency in presenting the business license changes. "We could just be honest and call it the unsavory business act," he said.

Mayor Lou Ogden said he'd rather Tualatin be on the side of the federal law, while the legal battle for local control over medical marijuana dispensaries commences in Oregon. "I don't want them 10,000 feet from my schools, our churches or my house or your house," Ogden said. The change in business license rules passed 4-3 at the Tuesday Nov. 12 council meeting, with councilors Bubenik, Truax and Wade Brooksby voting in opposition. 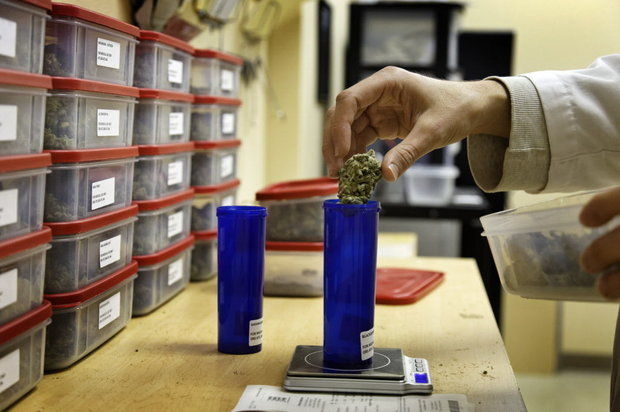