Pot may be a huge cash crop in California - but don't call it an agricultural crop.

In what is believed to be the first such finding in the state, a Tulare County Superior Court judge has ruled that a marijuana collective can't operate on land zoned for agriculture.

In his ruling that was finalized Tuesday, Judge Paul Vortmann dismissed a property owner's argument that a medical marijuana collective's cultivation of marijuana is legal because it is in an agricultural zone.

"In this state, marijuana has never been classified as a crop or horticultural product," Vortmann wrote.

Marijuana is a controlled substance, the ruling said, adding that "the court finds as a matter of law that growing marijuana ... is not an agricultural use of property."

Tulare County Counsel Kathleen Bales-Lange, whose office sued a property owner and collective on behalf of the Tulare County Board of Supervisors, said it's the first time a court has addressed whether medical marijuana might be an agricultural crop.

Marijuana plants are "agricultural in nature" because they grow like any other crop, said lawyer Brandon Ormonde of Tulare, representing the property owner. Still, he acknowledged that medical marijuana has never been recognized as an agricultural plant.

In 2006, marijuana legalization advocate Jon Gettman made a splash with a report that marijuana was the nation's top cash crop at $35.8 billion a year, more than corn and wheat combined.

Maybe, but marijuana is not recognized by the California Department of Food and Agriculture as a an agricultural commodity.

In fact, no agricultural commissioner in the state -- not even in Mendocino or Humboldt counties -- lists it in annual crop reports.

"We don't regulate or track marijuana at all and regard that as a law enforcement issue," said Steve Lyle, spokesman for the state agriculture agency.

That could change under a proposed ballot initiative that envisions a farming future for marijuana. Among other provisions, it proposes to apply "existing agricultural taxes and regulations to marijuana" and would prohibit zoning restrictions on cultivation.

It was recently approved by the Secretary of State's Office for signature gathering for a 2012 ballot.

The Tulare County case involved the Foothill Growers Association medical marijuana collective, which rented a building south of Ivanhoe in an agricultural zone. The collective grew plants inside the building and functioned as a dispensary.

The county sued the collective and property owner last year, arguing that medical marijuana dispensaries are only allowed in specified commercial and manufacturing zones.

The group has until noon Friday to stop using the building. 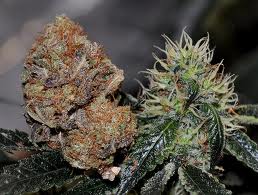 Judge Will Not Shut Down Medical Marijuana Collective Near Ivanhoe