The Grand Jury is the county's volunteer investigative body, charged with acting as a watchdog over the way public agencies do business.

In their report, released Saturday, the jury called for the establishment of uniform laws governing medical marijuana throughout the county.

The use of medical marijuana was approved by voters in 1996 but never approved by the federal government. Since then the law has been mired in the courts as counties and cities try to manage the growth of marijuana gardens and dispensaries around the state.

The jurors found that city officials in Lindsay, Exeter, Dinuba and Tulare do not know how many grow sites are within their city limits. Visalia officials have identified 80 grow sites that are within the city's boundaries, Woodlake has 16 and Porterville has 75.

The jury found that each of the region's eight incorporated cities and the county handle medical marijuana cultivation different ways, including:

- Only Farmersville and Woodlake have ordinances for medical-marijuana cultivation and a permit process to gain compliance.

- Dinuba and Visalia have ordinances for cultivation but no permit process, nor do they require permits.

- Exeter, Lindsay and Porterville do not have any city rules or permit process.

"Without a medical-marijuana ordinance it is impossible for cities to keep track of legal cultivation," the report said. 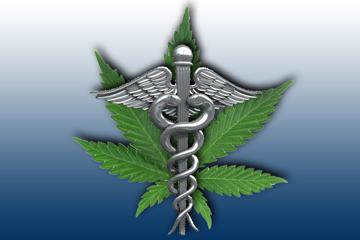