It is a humble, hardworking plant with a notorious cousin. If any living thing ever needed the help of star power, it is hemp.

Tim Gunn is coming to Boston to provide that boost.

It could, eventually, result in more jobs and industry in the city, officials say.

Gunn is a TV personality and fashion consultant. He was formerly a judge on the program "Project Runway." He is to appear Tuesday, March 29, at a reception in Boston hosted by the Legislature's Joint Committee on Environment, Natural Resources and Agriculture.

He will ask legislators to pass a bill, currently before the Legislature, allowing farmers in Massachusetts to grow industrial hemp, according to Kathryn Hilderbrand, the owner of The Good Clothing Co. Hilderbrand's company expanded this year into Fall River.

"There is a hemp bill before the Legislature," Hilderbrand said. "It is up for debate. I asked Tim Gunn to come and help.

"He said he couldn't understand why any of us would be concerned about this bill. He said he would help."
State Rep. Paul Schmid chairs the committee that will host the reception. He is also a co-sponsor of the bill that would allow farmers to grow industrial hemp.

Hemp is one of the first plants grown by humans. It is related, botanically, to the form of cannabis that can be smoked to produce a high. But industrial hemp is an entirely different plant that contains only trace amounts of THC, the chemical that produces the high from marijuana.

What it does produce are fibers that can be spun into rope or clothing, seeds that can be eaten or squeezed for oil, and stalks and leaves that can be used for livestock bedding. Car manufacturers have found ways to use compressed hemp fibers instead of plastics or fiberglass inside the doors and underpinning of vehicles.

"I work with hemp cloth with one of my companies," said Hilderbrand, who is also a clothing designer. "I want to mill this product in Fall River. I want to have the first hemp mill in Massachusetts in the last 50 years located here in Fall River."

Hemp was commonly used in this country until 1937, when it was lumped in with marijuana and banned by federal law. At one point Fall River was one of the national leaders in producing cloth made of hemp, Hilderbrand said.

The U.S. Congress relaxed the prohibition on hemp with laws passed in 2014, clearing the way for states to pass their own rules for hemp farming. By federal law, hemp farmers must be affiliated with a program conducting research and development.

"What we hear is that it is tricky to grow," Schmid said. "But we won't know enough until Massachusetts has a chance to have some farmers try it themselves.

"If it shows some promise for agriculture, let's do it."

State Rep. Alan Silvia is another supporter of the hemp legislation. He worked with Hilderbrand and Schmid to arrange the reception for Gunn to give the bill a boost.

"We have 54 vacant mills in Fall River," Silvia said. "This is something we want to promote. This means jobs for Fall River."

"Our goal is to do a small part in reshoring American manufacturing," she said. "We want to do it in Fall River." 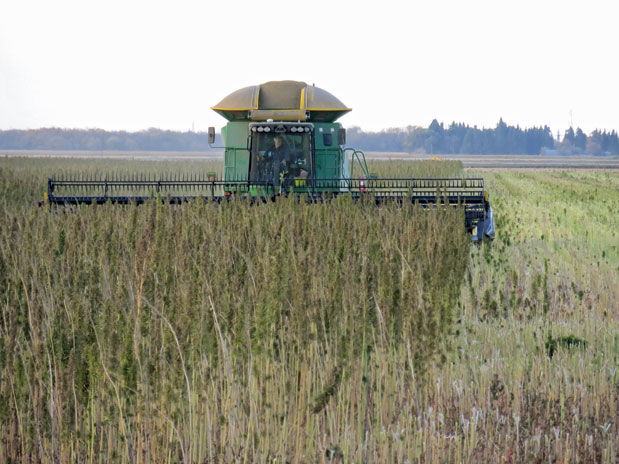