U.S. Decrees That Marijuana Has No Accepted Medical Use

The decision by the DEA comes almost nine years after medical marijuana supporters asked the government to reclassify cannabis to take into account a growing body of research that shows its effectiveness in treating certain diseases.

Marijuana has been approved by California, many other states and the nation's capital to treat a range of illnesses, but in a decision announced Friday the federal government ruled that it has no accepted medical use and should remain classified as a highly dangerous drug like heroin.

The decision comes almost nine years after medical marijuana supporters asked the government to reclassify cannabis to take into account a growing body of worldwide research that shows its effectiveness in treating certain diseases, such as glaucoma and multiple sclerosis.

Advocates for the medical use of the drug criticized the ruling but were elated that the Obama administration has finally acted, which allows them to appeal to the federal courts. The decision to deny the request was made by the U.S. Drug Enforcement Administration and comes less than two months after advocates asked the U.S. Court of Appeals to force the administration to respond to their petition.

"We have foiled the government's strategy of delay, and we can now go head-to-head on the merits," said Joe Elford, the chief counsel for Americans for Safe Access and the lead attorney on the lawsuit.

Elford said he was not surprised by the decision, which comes after the Obama administration announced it would not tolerate large-scale commercial marijuana cultivation. "It is clearly motivated by a political decision that is anti-marijuana," he said. He noted that studies demonstrate pot has beneficial effects, including appetite stimulation for people undergoing chemotherapy. "One of the things people say about marijuana is that it gives you the munchies and the truth is that it does, and for some people that's a very positive thing."

In a June 21 letter to the organizations that filed the petition, DEA Administrator Michele M. Leonhart said she rejected the request because marijuana "has a high potential for abuse," "has no currently accepted medical use in treatment in the United States" and "lacks accepted safety for use under medical supervision." The letter and 37 pages of supporting documents were published Friday in the Federal Register.

The Coalition for Rescheduling Cannabis filed its petition in October 2002. In 2004, the DEA asked the Department of Health and Human Services to review the science. The department recommended in 2006 that marijuana remain classified as a dangerous drug. Four and a half years then elapsed before the current administration issued a final denial.

"The regulatory process is just a time-consuming one that usually takes years to go through," said Barbara Carreno, a spokeswoman for the Drug Enforcement Administration.

The DEA's decision comes as researchers continue to identify beneficial effects. Dr. Igor Grant, a neuropsychiatrist who is the director of the Center for Medicinal Cannabis Research at UC San Diego, said state-supported clinical trials show that marijuana helps with neuropathic pain and muscle spasticity. He said the federal government's position discourages scientists from pursuing research needed to test the drug's medical effectiveness. "We're trapped in kind of a vicious cycle here," he said. "It's always a danger if the government acts on certain kinds of persuasions or beliefs rather than evidence."

Popular opinion has also swung behind medical marijuana. Americans overwhelmingly support it in national polls. When the petition was filed, eight states had approved medical marijuana. Now 16 states and the District of Columbia have done so. In 2009, the American Medical Assn. urged the government to review its classification of marijuana "with the goal of facilitating the conduct of clinical research and development of cannabinoid-based medicines, and alternate delivery methods."

When Congress passed the Controlled Substances Act in 1970, it listed marijuana as a Schedule I drug, the most restrictive of five categories. But some federal officials have questioned that decision. In 1972, a commission recommended that marijuana be decriminalized. And in 1988, a DEA administrative law judge concluded that "marijuana has been accepted as capable of relieving the distress of great numbers of very ill people." The National Cancer Institute, which is part of the Department of Health and Human Services, notes that marijuana may help with nausea, loss of appetite, pain and insomnia.

Nonetheless, the DEA concluded that marijuana has no accepted medical use, Leonhart wrote in her letter, because its chemistry is not known and adequate studies have not been done on its usefulness or safety. "At this time," she said, "the known risks of marijuana use have not been shown to be outweighed by specific benefits in well-controlled clinical trials that scientifically evaluate safety and efficacy." 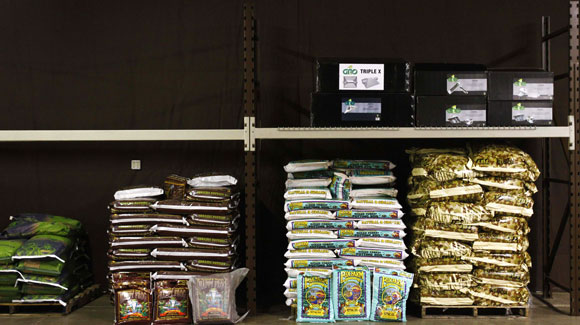 U.S. Rules That Marijuana has No Medical Use. What Does Science Say?

U.S. Decrees That Marijuana Has No Accepted Medical Use