A national marijuana industry group launched the first food safety basics course in Colorado on Wednesday for producers and retailers of pot-infused edibles, and another for so-called budtenders who work in the state's legal weed stores. Colorado and Washington this year became the first U.S. states to allow recreational sales of the drug to adults. Voters in Oregon and Alaska will consider similar ballot initiatives in the fall. One of the biggest challenges for state regulators has been the market for marijuana-laced edibles such as candies, cookies, drinks and chocolates, which could put ill-educated buyers at risk of accidentally ingesting too much.

Last week a Colorado task force unveiled proposed new rules to limit potency levels, and on Wednesday the National Cannabis Industry Association launched its first Food Safety Basics course specifically for marijuana industry professionals. It is based on a curriculum originally developed by the National Restaurant Association, and participants in Denver will learn about subjects including food borne illnesses, proper personal hygiene, how to prevent cross-contamination, sanitizing, and more.

"The interest in edibles and other infused products keeps growing," NCIA deputy director Taylor West said in a statement. "We know our industry is under a microscope, and we want to make sure cannabis product-makers continue developing the highest quality and safest products possible." The association also launched a Responsible Selling Program for "budtenders" working in licensed stores, which focuses on topics such as spotting fraudulent IDs and educating customers about responsible consumption and state law.

The first food safety course is taking place on Wednesday and the responsible selling program will be held on Aug. 19, the NCIA said, adding that more training dates would be scheduled. After the pilot program, it said, the association expects to expand its training to other states. A report issued last week by the Brookings Institution said Colorado's efforts to regulate the nascent industry were largely successful, but that its laws for edibles were lacking.

Last month, public health authorities ordered a recall of products made by a Denver-based company that had been using a regular clothes washing machine to generate the cold water and centrifugal force needed to make "bubble hash," a marijuana concentrate used in edibles. Officials in Washington state, where recreational sales began last month, have banned pot-infused lollipops, jelly beans and other foods that appeal to children. 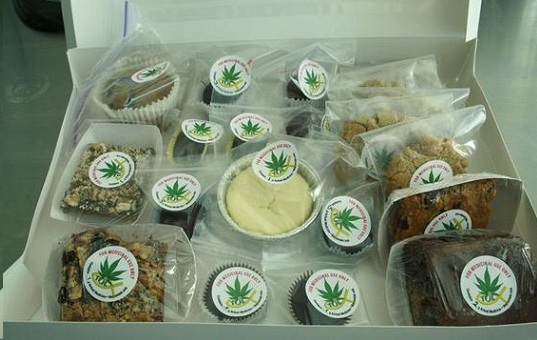 T
If The Pot Doesn't Worry You, The Bacteria Might: Food Safety A New Frontier