Two UC Davis researchers are on a mission to make sure pot is pure.

Both describe themselves as true believers in the therapeutic effects of cannabis.

Land, a tenured faculty member at UC Davis, said his mother died from cancer and his brother died from HIV/AIDS, both in great pain and without access to medical marijuana. He said he's intent on removing the social stigma of pot for patients who can benefit.

"Part of what we're doing here is legitimizing cannabis for medical use by certain people," Land said.

DeCesare, who wears his gray hair in a long ponytail, said he was a medic in Vietnam and uses marijuana to treat his migraines and nervous stomach. He said he wants patients to have access to safe and tested medication.

UC Davis allows its employees to work off campus as long as they adhere to rules that include time limits and reporting requirements, a university spokesman said.

Land and deCesare are bringing their scientific expertise and passion for medical marijuana to bear on a pressing problem:

How can patients, many of whom have compromised immune systems, know that the pot they're smoking or ingesting is free of pesticides, molds and toxins that may harm them?

And who determines the marijuana's potency and the chemical properties that may contribute to its effectiveness as medicine?

"The FDA isn't doing it," said deCesare, referring to the U.S. Food and Drug Administration. The federal government doesn't recognize marijuana as medicine and doesn't certify its safety.

With a lack of government oversight, local entrepreneurs and scientists have stepped in to fill the void and reap profits.

"It's a pretty cool story of self-regulation. The local community is stepping up to take care of everyone," said Micah Nelson, sales manager with Sequoia Analytical Labs, based in Natomas.

Halent and Sequoia both started in April as Sacramento's first marijuana testing labs. They joined about a half-dozen labs already operating in the Bay Area and Southern California.

Jeff Hatley, Sequoia's founder and president, said Sacramento dispensaries were waiting up to three weeks to get test results from Bay Area labs, by which time they'd sold the pot they were having tested.

"The results were basically no good by the time they received them," Hatley said.

At the labs, small samples of marijuana arrive from growers and dispensaries and are put through a battery of tests to look for contaminants and to determine strength. The testing costs about $110 to $120 per sample.

On a recent day at Halent, located near the Port of Sacramento, deCesare opened a foil package containing about a gram of marijuana and put it under a microscope.

He looked for the sticky density that would indicate its potency. "You can see how well developed it is," he said.

Then he ground up the sample, mixed the powder with a liquid solution and handed it off to Land, who placed small vials of the mixture into a bank of high-tech scanners connected to computers.

The chemical components are separated and analyzed using liquid chromatography and a mass spectrometer, a process that takes hours. Then the results are displayed in jagged graphs in a rainbow of colors on computer screens.

Land said researchers, including graduate students who work at the lab, must decipher the results and translate them into easy-to-read reports that are given to dispensaries and patients.

Only a fraction of the more than 100 dispensaries in the Sacramento area currently sell tested marijuana, but consumers are becoming more educated and seeking out certified-safe pot, Land said.

"For a lot of them," the UC Davis professor said, "it's a matter of life and death to make sure they don't have contaminated medicine." 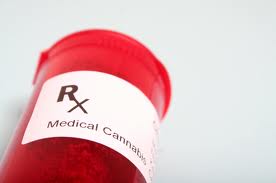 If only big pharma was so careful

These are two knowing and caring individuals who represent what is right in the medical Marijuana movement.

We need more responsible educated people like this to exemplify our cause. RD

Getting High Not Needed For Pot To Relieve Pain, New UC Study Shows