Before any discussion of Uncle Spliffy, we've got to ask about Uncle Cliffy. "Doing good," Cliff Robinson said, "and continuing to get better daily."

The UConn basketball great was hospitalized in Portland, Ore., in early March for what he had called "a minor brain hemorrhage."

Robinson, 50, said he is continuing to rehab.

"I've got all my movement back," Robinson said. "It's a matter of getting all my strength back now."

Robinson certainly has the strength to continue his push for the reform of medical and recreational marijuana laws. He has made its legalization his post-basketball career calling. Robinson recently joined the Connecticut Coalition to Regulate Marijuana, a group of community leaders calling for the state legislature to end cannabis prohibition.

And he has this message for Connecticut.

"Take the handcuffs off the plant," he said. "Free the plant."

NIT champion, member of UConn's All-Century team, the 36th pick in the 1989 NBA draft, Robinson stands 11th all time in NBA games played at 1,380. He won a Sixth Man of the Year Award. He was an All-Star. He twice was named to the All-Defensive NBA second team. He twice got to the NBA Finals. When he retired in 2007, after playing for five teams, the final numbers showed he had averaged 14.2 points and 4.6 rebounds.

His dance after Portland's Game 4 victory over Utah in the 1992 Western Conference finals, well, he called it "Uncle Cliffy." A nickname was born. And after he was three times suspended for violating the NBA marijuana policy, there was another nickname for Robinson: Uncle Spliffy. When he decided to enter the marijuana business in Oregon, Robinson had the ready-made brand name for his products.

Uncle Spliffy. Sorry. I can't help but chuckle every time I say or write those two words.

"Peter Vescey of the New York Post actually poked a shot at me with that name because I was suspended for cannabis use," Robinson said. "I've got to say, it does have a ring to it. So I figured I'd roll with it."

I long have been in favor of the legalization of marijuana for adults and have written so. You also won't find anybody more against driving under the influence than me and have written so. Responsibility. Moderation. Maturity. At a time when we should be more concerned about shots of tequila and turning the key to the ignition and the terrifying use of opiates, isn't it also time for the state legislature to find a way to regulate, tax and make pot available for recreational use for those who are 21 and older?

"As someone who's involved in the cannabis space, I want two things," Robinson said. "One, I'm on the right side of this social issue. Two, whatever state we're in, it is rolled out in a successful manner.

"I did play at Connecticut. Whatever little celebrity I have, I think it is the right fit for me to try and get involved and try to push the legislation."

"Look, I have six children ranging from 30 to twins who are 11, so it's very important to me that this continues to be done the right way," Robinson said. "My own life has been affected by this. I have been taken off the basketball court and suspended. The older kids had to endure the fact that their father was suspended while they were in school.

"There's a negative stigma out there that there are no positive medical qualities to cannabis and the fact that it makes people lazy. I don't know how you can become a professional athlete and be labeled as a 'pothead.'"

Robinson long has said he didn't smoke before games. He didn't play high. He said he had some anxiety, and marijuana helped him relax after games. He said he smoked on offdays or during the offseason. He has said he stayed away from pharmaceutical drugs for anxiety and other ailments because they upset his stomach. Question: How's pot looking vs. oxycodone these days, folks?

It cost him 11 games in suspensions, but only 10 players played more NBA games. He has said in the past the stigma of the suspensions may have cost him a shot at coaching jobs.

"Lazy. Pothead," Robinson said. "Those words still get under my skin a little bit."

Eight states and Washington, D.C., including Robinson's home state Oregon, have legalized cannabis for recreational use. Twenty-one more, including Connecticut, have approved it for medicinal use. Massachusetts and Maine have voted to end cannabis prohibition. Vermont and Rhode Island are moving in that direction. Some states, it's the vote. Other states, like Connecticut, the legislature must approve it. There are many nuances to its production, sale and distribution. When Massachusetts does get it squared away, watch the flow of traffic with Connecticut tax dollars driving north. While it will not solve the state budget crisis – and shouldn't be the reason for legalization – the state could be looking at $100 million a year in tax revenue, according to proponents. It makes sense to take the money out of the hands of drug lords and stop damaging young lives with needless arrests.

"Cannabis prohibition disproportionately harms minority communities wherever prohibition exists, and Connecticut is no exception. Legalization clearly works, and it's beyond time for the Connecticut legislature to step up and do what is right," Robinson wrote when he joined the Connecticut Coalition.

Robinson said, "Just the fact people are being arrested for this is ridiculous. I'm a firm believer that you keep it out of kids' hands until they are the proper age, but for someone who makes the mistake, partakes in cannabis, they shouldn't be labeled as criminals.

"Let's be honest. A lot of African-Americans have been affected by these encounters with law enforcement over the years with cannabis. We've got to move past this."

Even when approved for recreational use, there are all sorts of rules from state to state. Counties can decide if it's legally sold or if it can be consumed in public. There was Robinson recently joining Portland Mayor Ted Wheeler and Commissioner Chloe Eudaly supporting a bill that would allow social consumption of cannabis in Oregon outside their personal homes.

"I wouldn't be involved in this, if I wasn't going to put my all behind it," Robinson said.

Which brings us to Uncle Spliffy, the businessman.

The idea behind his product is sports cannabis, he says, neither strictly medicinal nor recreational. Robinson believes marijuana helps in stress relief and handling pain for people with active lifestyles, not only pro athletes.

"I was doing a company where we're going to have a processing facility, but the more I was out in Oregon, involved in the cannabis space, it just made more sense to go at it from a licensing angle.

"I partnered with a very nice indoor grow out in Oregon. We're in the development of product stage. Right now we have some pre-rolled stuff that's about to hit the market in Oregon in the next month, while we're developing other products that's going to be more of a sports line of things, sports creams and those type of things."

Robinson said he has gotten plenty of feedback from former NBA players.

"It has all been positive," Robinson said. "I'm sure there are people out there who are still against cannabis, but at the end of the day, if we continue to educate and show the research behind it, about what people put in their bodies, those numbers will continue to be knocked down.

"Early on, it took me a second to get involved. I was thinking about my NBA career and what people think. But the response has been all positive – even from my Hall of Fame UConn coach." 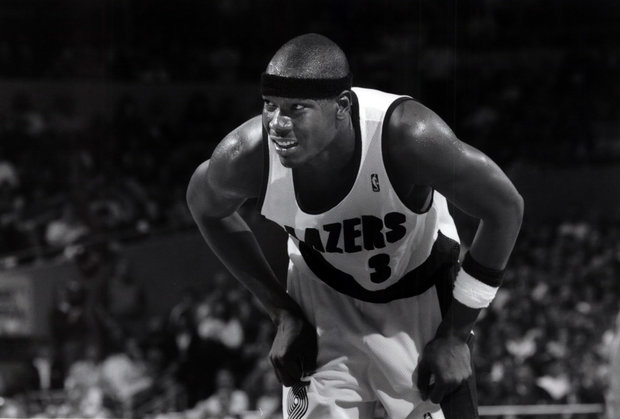