UK: A Police Boss Is Calling For Cannabis To Be Legalised For Medicinal Purposes

A police boss is calling for cannabis to be legalised.

Arfon Jones, Police and Crime Commissioner for North Wales, wants the drug to be legal for medicinal purposes.

He says the use of cannabis, currently a class B controlled drug, is of "considerable benefit" to sufferers of many illnesses.

Mr Jones, a member of Plaid Cymru and a former superintendent in North Wales Police , has sent a letter to politicians across the region to try and judge support for the proposal.

The idea has already been floated by the Durham PCC Ron Hogg, who is a former deputy chief constable, but was rejected by Tory AM Darren Millar .

'The commissioner's calls are as reckless as they are misguided'
Clwyd West AM Mr Millar said receiving the letter "disappointed" him, the Daily Post reports .

He continued: "(Mr Jones) knows first-hand the damaging effects drugs is having on our communities , so it was with some surprise and disappointment that I received his letter.

"Cannabis, whether used for medicinal or recreational purposes, is a dangerous substance and would have catastrophic consequences to health and society if it was ever legalised.

"The commissioner's calls are as reckless as they are misguided."

For medicinal purposes only

However Mr Jones said cannabis would only be allowed for medicinal purposes only.

In the letter, he stated an All-Party Parliamentary Group for reforming drug policy has provided "strong evidence" that "reform in this field is long overdue".

He asked politicians to "support this call to legalise medicinal cannabis and help alleviate the pain and suffering of at least 30,000 people across the UK".

He added that his stance on drugs was in his successful election manifesto.

Former North Wales Poilce chief constable Richard Brunstrom voiced his support for drugs - even heroin - to be legalised while he was in his role from 2001 to 2009. 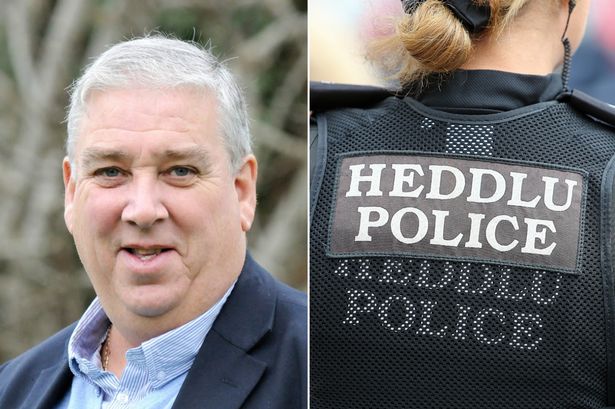