This is a cannabis farm uncovered in Birkenhead which would have netted crooks around Â£1.3 million a year.

In the early hours of yesterday morning police were called to Buxton Road over reports of "suspicious behavior".

On their arrival at 1.45am they entered a property and found 332 cannabis plants spread across two rooms - along with associated drugs equipment.

Community policing Sergeant Kate Wilkinson said: "We were called to Buxton Road after reports of a group of males acting suspiciously in the street.

"When we entered a property officers recovered over 330 cannabis plants which would have an estimated annual yield of over Â£1.3m.

"Equipment was also recovered and there was evidence that the electricity supply had been bypassed.

"Cannabis cultivation by criminal gangs can cause serious harm in our communities. Criminal groups involved in the cultivation of cannabis are usually involved in other serious organized crime and they often rent residential properties such as this.

"Our communities can help us stop these groups, who are only interested in making money, from turning houses and flats into potential death traps. Nobody wants to live next door to these houses and we would ask that if you believe someone is using a property for this purpose, please tell us so we can take positive action and find those responsible for setting them up.

"The people who set up these farms often tamper with the electricity meters to steal electricity, and there will generally be a number of hot lamps hooked to overloaded electricity sockets as well as an extensive watering system.

"Electricity and water are never a good combination, and the fire service have seen an increase in the number of fires they have been called to as a result of fires caused by the crude systems put in place by the people who set up these farms." 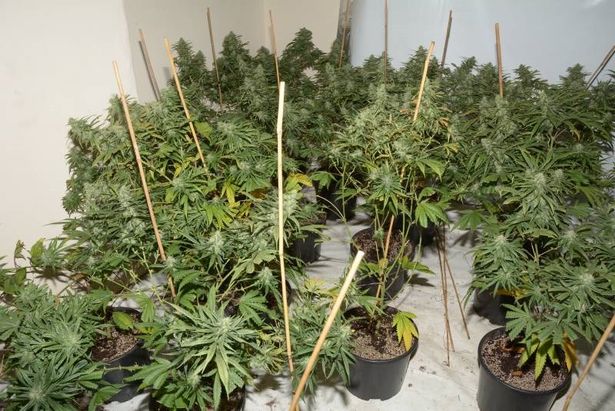 UK: Inside The Â£2.4M Cannabis Farm Found At Flat In Walton With 602 Plants

UK: Cannabis Farms 'Worth Around Â£400,000' Are Shut Down After Speke Raids