Chemical compounds found in cannabis may help to reduce brain damage following a stroke, new research has revealed. Researchers at the University of Nottingham conducted a meta-analysis of experimental studies into cannabinoids; chemicals related to those found in cannabis, some of which also occur naturally in the body. The findings showed that the compounds could reduce the size of stroke and improve neurological function.

Cannabinoids can be classified into those found naturally in the body (endocannabinoids), those made artificially (synthetic cannabinoids) or those derived from extracts from the plant cannabis sativa (phytocannabinoids). The research, announced at the annual UK Stroke Forum, indicates that all three classes of cannabinoid could be effective in shrinking the area of the brain affected by stroke and in recovering neurological function.

Dr. Tim England, Honorary Consultant Stroke Physician at the University of Nottingham and Royal Derby Hospital led the study. He said: "This meta-analysis of pre-clinical stroke studies provides valuable information on the existing, and importantly, missing data on the use of cannabinoids as a potential treatment for stroke patients. The data are guiding the next steps in experimental stroke in order to be able to progress onto initial safety assessments in a clinical trial."

New Treatments For Better Recovery
Dr. Dale Webb, Director of Research and Information at the Stroke Association, said: "Stroke is the leading cause of adult disability in the UK, with more than half of all stroke survivors left dependent on others for everyday activities. With more people in the UK surviving a stroke, it's never been more important to find new treatments to help more stroke patients make better recoveries.

"This new research is an example of the many new developments in the field of stroke which are being presented at this year's UK Stroke Forum. The findings have identified the potential for cannabinoids to reduce brain damage caused by stroke. Further research is needed to investigate whether cannabinoids have the same effects in humans: the effects of cannabis on the brain are highly complex and it remains a risky substance."

Over 150,000 people have a stroke every year in the UK, and over 1 million people are living with the effects of stroke. The UK Stroke Forum is hosted by the Stroke Association and is a coalition of over 30 organizations committed to improving stroke care in the UK. It aims to bring together healthcare professionals in stroke annually to meet and share ideas, and also enables patients to meet stroke professionals and help shape future services. 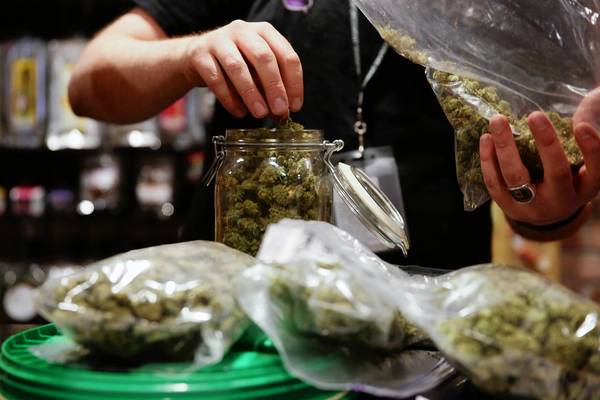