A controversial cannabis festival may quit Teesside after a storm engulfed this year's event.

Organisers of Canna Camp Fest say the event will definitely go ahead in 2017 - although it could be held in the Midlands.

The pro-cannabis event sparked national headlines after police dealt with just one complaint - about noise.

Organiser Michael Fisher said offers have flooded in from around the UK to stage the event, dubbed Britain's only legal cannabis festival.

"We are still coming back next year, but there are a lot of offers on the table," said the 32-year-old.

No drug arrests were made, with police instead gathering evidence into "potential licensing offences" regarding live music.

Mr Fisher said he knew of licensing issues three days before the event began, but said the complaint was a "personal vendetta" against him.

"I think the event is great for Teesside, it's good for the local economy and I know there were hotels booked up for it," he added.

Crime campaigners slammed police for putting noise issues before tackling suspected drug use at the festival.

Addressing the fallout, Mr Fisher said he's worked closely with police during the festival's three year lifetime, insisting they have "no issues".

But he has called on Cleveland Police to follow a neighbouring force's softer stance on cannabis.

And Mr Fisher said: "We should be prioritising crime to keep the community safe and cannabis just isn't a danger to the community.

"The only way cannabis will kill you is if 20 kilos of it fell on your head."

"It should be de-prioritisd in Teesside until the Government get their finger's out and take a softer stance with it."

However Cleveland Police say it will still continue to prosecute people caught with the Class B drug.

A crowdfunding page has recently been set up to raise cash to cover any possible legal fees stemming from the noise complaint. 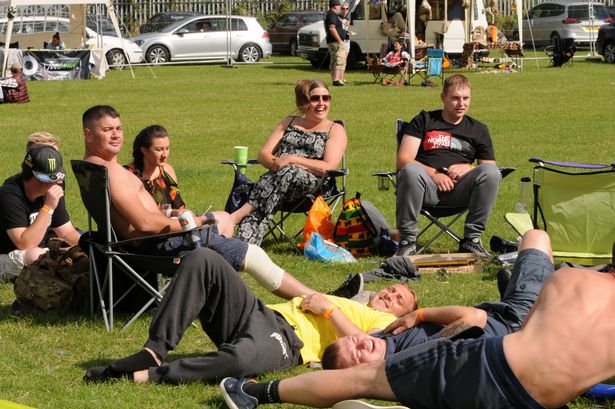