A cannabis farm was found as a result of a campaign using scratch-and-sniff cards smelling of the drug, Nottinghamshire Police have said. Officers raided a house in Stella Street, Mansfield, where 400 cannabis plants with an estimated street value Â£250,000 were found. No arrests were made at what is believed to be a rented property.

The cards have been handed out over the past year so people know what cannabis smells like. Police said the find followed a tip-off from a member of the public who had been given one of the cards. The owner of the house has yet to be traced. The drug-scented scratch cards were first posted to thousands of households across England last year in a bid to detect illegal cannabis farms. Nottinghamshire Police sent out new cards in June in a bid to find cannabis farms which they said were linked to "serious and organised criminals". 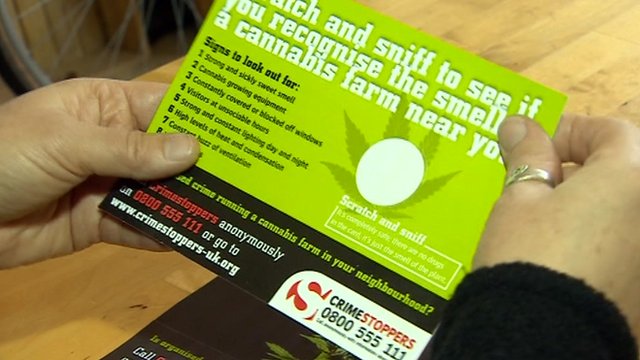