GreenLink Collective, a medical marijuana operation along Northwest Gilman Boulevard in Issaquah, reshaped attitudes and policies about marijuana in Issaquah last year. Patients and officials at the collective, the closest one to Sammamish, engaged in a long debate about access to a drug banned under federal law.

In November, Washington voters could further redraw the battle lines in the marijuana debate. Initiative 502 aims to legalize, regulate and tax marijuana for recreational users. The proposal goes a step beyond a 1998 measure to legalize medical marijuana in Washington and could set a national precedent.

The initiative calls for sales at state-licensed stores of up to 1 ounce of marijuana – grown by state-licensed farmers. Marijuana-related tax revenue could pump as much as $1.9 billion into state coffers, if the federal government does not intervene.

I-502 calls for the state to set aside $227 million per year in marijuana taxes for health insurance and $113 million per year for drug research, prevention and treatment. The measure also states local governments will receive a slice of funding from the tax revenue.

Some I-502 provisions concern GreenLink Collective operators Jake and Lydia George, leaders in the effort to establish medical marijuana rules in Issaquah.

The measure aims to set a threshold for driving under the influence of drugs at 5 nanograms of active marijuana component THC per milliliter of blood. Proponents said the level is analogous to the 0.08 blood-alcohol level for DUI arrests. Opponents said the 5 nanogram limit is not practical for medical users.

"Patients have serious concerns about it and rightfully so," Lydia George said. "We believe that's the biggest flaw in 502. It does not account for medical users. That 5 nanograms per milliliter of blood is completely unrealistic for medical cannabis users."

Issaquah Police Chief Paul Ayers said the introduction of another impairment-causing substance, albeit legal, could cause safety issues.

In a recent analysis, American Civil Liberties Union of Washington staffers estimated King County spent about $35 million in the past decade – including about $17 million on prosecution and defense costs – to enforce existing marijuana laws. Statewide, the ACLU estimated the total at about $211 million.

Supporters said the money spent to enforce existing laws has done little to reduce marijuana use.

"The issue that seems to be gaining the most traction is a change in people's understanding, that when we're talking about marijuana law reform, we're really not talking about promoting marijuana use," she said.

"The people that have come out and endorsed it and publicly support it appreciate the level of thinking and careful consideration that went into those public health and public safety concerns," Holcomb said. "I think they appreciate that the system for producing marijuana is going to be very tightly regulated." 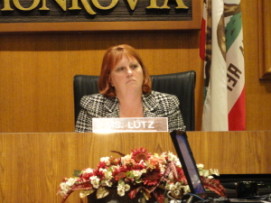