The federal government's top attorney wants the freedom to prosecute states – such as Iowa – with medical marijuana programs, a letter made public last week shows.

But Iowa officials insist the state's newly expanded program, which includes the chance for two businesses to grow and sell medical cannabis, will remain safe from federal scrutiny.

The provision was written into the budget when then-President Barack Obama's Justice Department began cracking down on medical marijuana vendors. Originally Obama said the department would not prosecute vendors and patients who adhere to state laws.

Marijuana is not recognized by the federal government as a medicinal plant, so state medical marijuana programs run afoul of federal drug control laws.

A total of 29 states have medical marijuana laws, according to the National Conference of State Legislatures.

Iowa's program was introduced in 2014 with a very narrow focus. It allowed only for the possession and use of physician-prescribed cannabidiol for treatment of epileptic seizures.

This year, the GOP-controlled Statehouse approved an expansion, adding more covered ailments, including cancer, multiple sclerosis, AIDs and Parkinson's disease, and legalizing the growth and sale of medical cannabis in Iowa.

Sessions' letter was addressed to congressional Republican leaders Paul Ryan and Mitch McConnell and Democratic leaders Chuck Schumer and Nancy Pelosi. It was dated May 1 and published last week by the website MassRoots.com and later verified by the Washington Post.

"I believe it would be unwise for Congress to restrict the discretion of the Department to fund particular prosecutions, particularly in the midst of an historic drug epidemic and potentially long-term uptick in violent crime," Sessions wrote. "The Department must be in a position to use all laws available to combat the transnational drug organizations and dangerous drug traffickers who threaten American lives."

The "historic drug epidemic" to which Sessions refers appears to involve addictive opioid drugs such as heroin and some painkilling medicines, not the medicinal cannabis used in state medical marijuana programs. More than 33,000 people died from opioid overdoses in 2015, and 12.5 million misused prescription opioids, according to federal statistics.

Violent crime in the United States increased slightly from 2014 to 2015, but remains at a rate lower than it has been since the early 1970s and roughly half of what it was in the early 1990s, according to the most recent federal statistics.

Sessions in the letter said drug traffickers "cultivate and distribute marijuana inside the United States under the guise of state medical marijuana laws" and asserted smoking marijuana "has significant negative health effects."

Iowa's program prohibits smoking marijuana and limits the potency level of medical cannabis to 3 percent, which experts say is not enough to provide marijuana's high effect.

The U.S. Attorney General's Office did not respond to a request for comment.

State officials insisted Iowa's program will not come under federal prosecution and implementation of the recent expansion will continue.

Last Tuesday, the state Department of Public Health announced it is accepting applications for the new program.

"The department is committed to following and implementing state law," public health Director Gerd Clabaugh said in response to a question about the letter.

"Iowa's medical cannabis program will be tightly regulated once it's up and running, and shouldn't be an issue," she said in an emailed statement. "We have safeguards in place to prevent any unlawful activity. The only people that should be concerned about Attorney General Sessions' request are states with poorly monitored programs and the bad actors taking advantage of them."

State Sen. Joe Bolkcom, D-Iowa City, who for years has pushed for the state medical cannabis program and its expansion, said Sessions' letter displays "a massive overreach by the (President Donald) Trump administration" and said it would be a waste of taxpayer money to prosecute states that have developed medical marijuana programs to help ailing residents.

"The states that have approved medical cannabis laws, the direction from the federal government to this point was, 'If you follow the law that you passed as a state, we're not going to come in and shut you down.' This memo would be counter to that," Bolkcom said.

Bolkcom said cracking down on medical marijuana programs could undermine Sessions' desire to combat the opioid epidemic. In states with medical marijuana programs, opioid-related hospitalizations for addiction and abuse dropped an average of 23 percent, and for overdoses 13 percent, according to a study published in March in the online medical journal Drug and Alcohol Dependence.

State Rep. John Forbes, D-Urbandale, who is a pharmacist, said the federal government should leave it to states to decide whether they want to operate medical marijuana programs.

"I'm disappointed the federal government would step in and try to tell states how to provide medical services to their constituents," he said.

Advocates fear Iowa's expanded medical cannabis still has enough limitations that too few people will be helped and thus businesses will not be interested in setting up dispensaries here.

"It could definitely have an impact on a person or a business that wants to set up, because they're going to invest a few million dollars to get up and running and the attorney general could come in and shut them down in 24 hours if they wanted," Forbes said 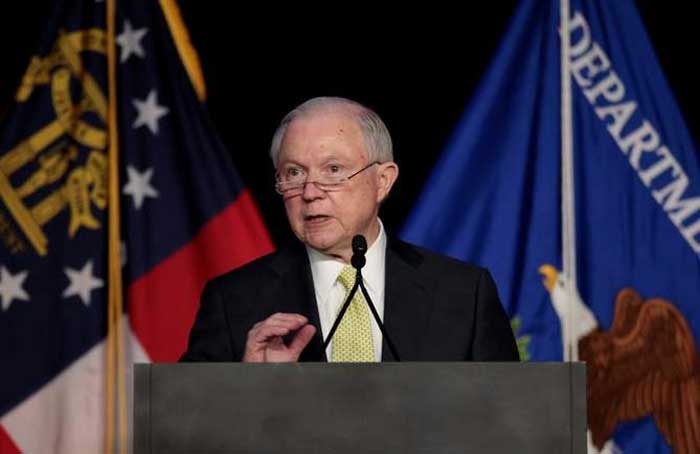 Iowa Board To Study Medical Marijuana