Universities Opt In To Move Forward With Medical Marijuana

Two Louisiana universities have opted in for medical marijuana cultivation.

Under current law, the state is allowed to have a single cultivator of medical marijuana. The Department of Agriculture and Forestry granted Louisiana State University and Southern University first right of refusal - and both universities have expressed their interest in moving forward.

"We spent a year understanding what will go into this process, and the University has decided to opt in," Brown said. "We're excited about the opportunity."

The LSU Board of Supervisors also approved a resolution allowing the LSU AgCenter to begin taking steps needed to obtain a license to produce medical marijuana, according to a university press release.

Medical marijuana was legalized in Louisiana law since 1978, yet specific language in legislation has created hurdles for those trying to access it. Previous state law allowed for doctors to "prescribe" medical marijuana but did not allow for the cultivation or distribution of the drug. SB 271, proposed by Sen. Fred Mills and signed into law on May 19, changed that language to allow qualified physicians to "recommend" the drug and also extended the list of qualifying conditions. SB 180, also proposed by Sen. Fred Mills and passed earlier this year, protects qualified patients from prosecution.

Brown said the adoption of the legislation was instrumental in the university's decision to move forward.

"The legislation this year makes it possible. We know we can produce and there will be a market for it," Brown said. "We are a comprehensive university with a strong agricultural center. This will help with our enrollment, our finances and will allows us to provide a public service to the citizens of Louisiana."

State law does not protect cultivators, growers or distributors from federal prosecution, however. Under federal law, marijuana remains a Schedule I drug - meaning penalties can apply for possession or distribution as the federal government considers it a dangerous substance with no medical potential.

David Brown, president of the organization Sensible Marijuana Policy for Louisiana, said serious legal issues and concerns remain as the state moves forward in its pursuit of making medical marijuana accessible to those who qualify.

"It's still illegal federally and LSU and Southern, as are most any university, are federally funded," Brown wrote in an email. "It's a world of speculation."

The LSU press release said that medical marijuana would be grown in a closed, indoor facility with multiple layers of security and that no students would be involved in the initiative. 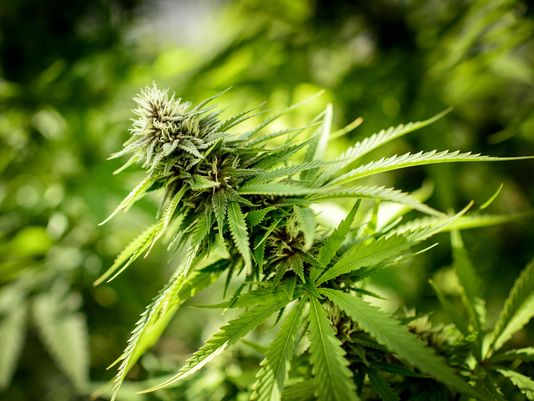 K
Universities Opt In To Move Forward With Medical Marijuana