Uruguay has become the first country in the world to legally sell marijuana for recreational use.

Almost 5,000 people have signed up to a national registry to be able to buy marijuana legally. They will be able to buy up to 10g (0.35oz) a week and no more than 40g a month.

The move comes four years after a law was passed which fully legalized the cannabis trade.

Supporters of the law argue that it will help stop the illegal trade in marijuana and put drug dealers out of business.

Customers will be able to choose from two varieties of marijuana dubbed Alpha 1 and Beta 1.

Both contain 2% Tetrahidrocannabinol (THC), the psychoactive component of marijuana.

The marijuana sold at the pharmacies comes from state-supervised fields.

The law also allows users to grow their own at home or join co-operative clubs that farm it.

Officials said about 70% of people who had registered to buy marijuana from pharmacies where men, most of them aged between 30 and 44.

In order to avoid "marijuana tourism", only Uruguayan citizens and permanent residents are allowed to register. 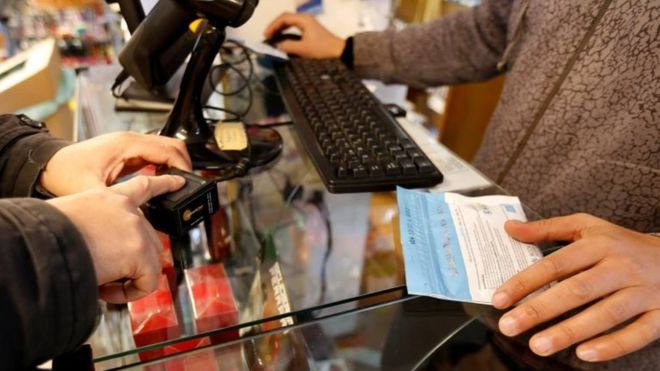 K
Why Almost Nobody Wants To Sell Uruguay's Legal Marijuana