Medical marijuana is currently legal in 25 states, including four states that have also legalized recreational use (Alaska, Colorado, Oregon, and Washington). On Nov. 8, California voters will have a chance to make their state the next to legalize recreational use. As a dollar amount, Forbes estimated that Colorado's marijuana industry was worth $1 billion. In light of these statistics, it is odd that marijuana is still considered a controlled substance and illegal under federal law. However, the Trademark Trial and Appeal Board issued a decision yesterday that reminds us of the odd conundrum that marijuana-related business owners find themselves.

The Lanham Act has long prohibited the registrations of trademarks in connection with illegal goods or services. The Lanham Act requires that that an applicant make "use in commerce" of the trademark in order to be eligible to receive a trademark registration. The Board and courts have interpreted the language to require "lawful use in commerce." Consequently, if the use of a mark violates the law, the Trademark Office will likely refuse registration of the mark.

The applicant in the Board's recent decision operates a retail marijuana store called "Herbal Access" in Washington State. As evidence of use, the applicant submitted a screenshot of its website and of its Facebook page, which included an image of the store. The application did not include a reference to marijuana, but instead identified the services as "retail services featuring herbs." The Examining Attorney refused registration of the mark, concluding that the applicant was using the mark in connection with unlawful activity. The Examining Attorney reasoned that the term "herbs" was broad enough to include marijuana and, in any event, the applicant's specimen and website confirmed that the applicant did in fact sell marijuana. The applicant appealed to the Board.

The Board affirmed the Examining Attorney's decision to refuse registration (decision available here). While the "unlawful use" doctrine is not a new phenomenon, the Board addressed in some detail the applicant's attempt to tiptoe around the use of the marijuana in the identification of services description. The Board first noted that it agreed with the Examining Attorney that "herbs" was broad enough to include marijuana, so the attempt to carve out illegal services failed.

However, the Board's analysis is equivocal as to what would happen if the identification of services undeniably excluded illegal activities. The Board reaffirmed the principle that it must focus on the goods or services as identified in the application. However, the Board also reasoned that the Board should consider the services or goods that the applicant is actually selling. Yet the reference to this evidence is in the context of assisting the Trademark Office "to ascertain that the word 'herbs' in the description of services encompasses marijuana."

Even if a federal registration is out of reach for marijuana business owners, there are alternatives. Each individual state has its own process for registering trademarks, usually modeled after federal law. Until Congress attempts to clarify the conflicting laws regarding the use of marijuana on a national level, the door to the U.S. Patent and Trademark Office will likely remain shut for marijuana activities. 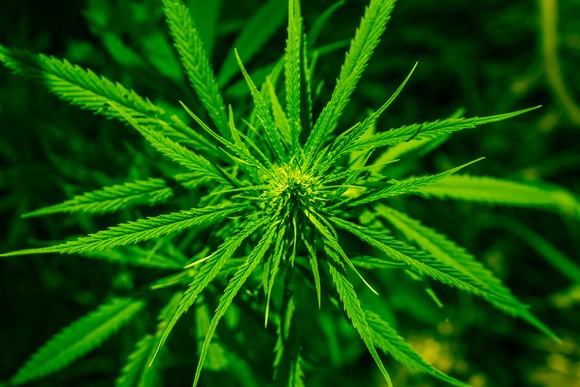