Utah Cracking Down On Sales Of Pet Food Containing Hemp

It's a growing trend: hemp for pets. But it could soon be harder to find.

Utah's Department of Agriculture and Food announced Wednesday it had issued warnings to more than two dozen businesses, asking them to stop manufacturing and selling adulterated or misbranded commercial feed.

The letters asked for "voluntary compliance in recalling previously distributed products and refraining from future sales of hemp and hemp products in the state of Utah."

In addition to the 27 Utah companies put on notice, the department sent warning letters to about a half-dozen businesses in other states and in Canada, according to Robert Hougaard, plant industry and conservation director.

"It's something we have been monitoring for a while," Hougaard said. "We've just been concerned about it."

Other states, including Texas, Colorado and Washington, joined Utah in contacting both manufacturers and retailers that are known to distribute pet food containing hemp, he said.

Specialty food store Desert Raw Holistic Pet in Salt Lake City said Wednesday it had not received any communication about the sale of hemp products.

"It's our No. 1 best-seller," said Amber Dendy, with Desert Raw Holistic Pet. "Every single day we have people coming in looking for it."

Dendy said customers use it to help their pets with arthritis, anxiety and seizures.

"A lot of the vets in the area are starting to recommend it," she said.

The Department of Agriculture said in a media release that hemp is not an approved ingredient for animal feed and its use is in violation of the Utah Commercial Feed Act and the Wholesome Food Act.

"We're just not really sure what it can do to animals," Hougaard said. "We need to know what dosage is appropriate. You can't just treat a small dog like a little Chihuahua like you would a Great Dane."

While the letter requests voluntary compliance, it also threatens regulatory action should the companies not provide a written plan of corrective action within 15 days.

The letter sent to retailers reads in part: "The products we have found in your store are not registered with the department and contain labeling violations."

"We want to make sure that the pets are safe and that the people who are buying this know what they are giving their animals," Houggard said. 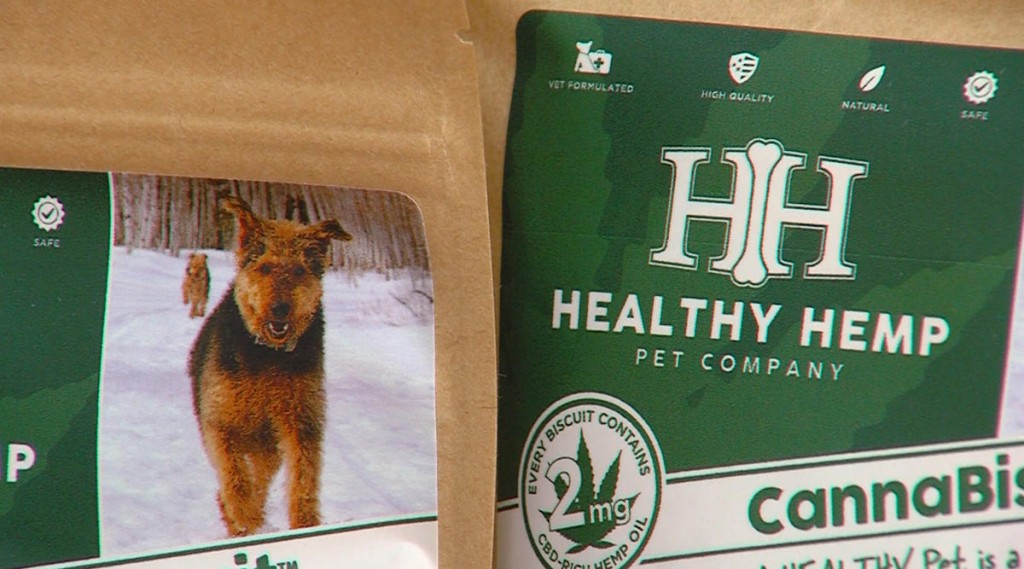