Medical marijuana advocates in Utah are planning to try to get an initiative on the November 2018 ballot that would allow the drug to be used for treatment.

Advocates say they're done waiting for state lawmakers, who have rejected passing a broad medical pot law during the last three consecutive sessions. Medical marijuana advocate Christine Stenquist says the legislature's decisions over the last few years have made it clear that lawmakers have no desire to move forward with legalizing the drug, so they're going to do it themselves.

Here are things to know about the ballot initiative and the work over the last few years in Utah to get medical marijuana legalized:

WHAT IS THE BALLOT INITIATIVE PROCESS?

Medical marijuana advocates have already taken preliminary steps to get an initiative on next year's ballot. Stenquist, who also leads a medical marijuana legalization group called Together for Responsible Use and Cannabis Education, says she and other Utah residents have started meeting with donors and talking with signature gatherers. A ballot initiative requires thousands of signatures, a legal review and seven town hall meetings around the state. Stenquist says the entire process could cost as much as $800,000. The advocates want to legalize whole plant medical cannabis, but are still sorting out what the specific language of the initiative should look like.

Utah lawmakers have scaled back their push to expand the state's very limited medical marijuana law during the recently completed legislative session. Republican Rep. Brad Daw introduced a bill that calls for additional research on the drug's effects. It easily passed through the legislature and is now awaiting Gov. Gary Herbert's signature. The other marijuana-related proposal would have outlined what rules the state would put in place to regulate the legalization of the drug if that ever happens in the future, but it never made it past the Senate.

WHAT HAS THE STATE TRIED IN THE PAST?

Utah already allows a marijuana extract, called cannabidiol, to be used by those with severe epilepsy, as long as they obtain it from other states. It has low levels of THC, the hallucinogenic chemical in marijuana. In 2015, lawmakers failed to pass legislation that would have allowed those with chronic and debilitating diseases to consume marijuana-infused products such as brownies, candy and lozenges. Last year, lawmakers tried again, attempting to pass two competing proposals, but both died amid regulatory and budgetary concerns. One would have allowed those with certain debilitating conditions to use a cannabis extract with very low levels of the plant's psychoactive components, while the more comprehensive bill would have made edibles and other marijuana products legal in Utah for those with chronic pain.

WHAT HAVE OTHER STATES DONE?

Marijuana is illegal under federal law, but some states have started to allow its use, starting with California 20 years ago. Eight states have legalized recreational marijuana and 28 states and the District of Columbia have legalized medical marijuana, according to the National Conference of State Legislatures. Last year, Arkansas, Florida and North Dakota were among some of the states that approved legislation legalizing medical marijuana, according to its most recent data. 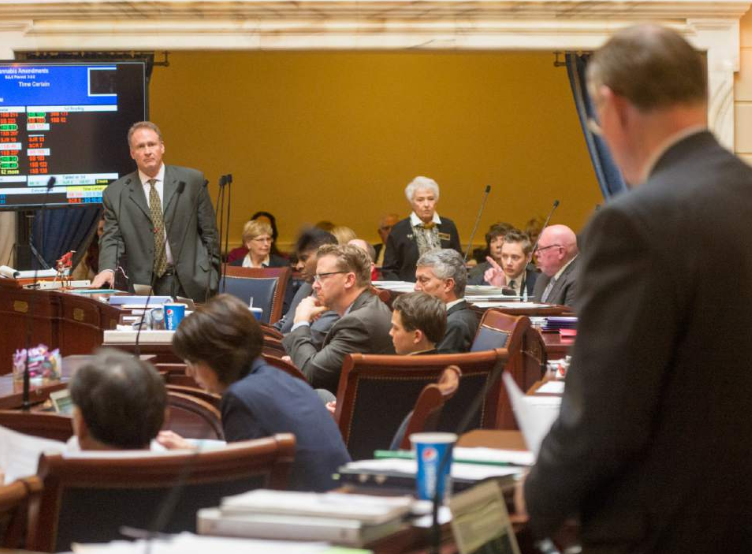