After two medical marijuana bills suffered defeat during the final week of Utah's 2016 legislative session, advocates for the drug are regrouping.

Leaders in the movement to legalize marijuana for medical use have been looking for someone to sponsor similar legislation next session since Sen. Mark Madsen, R-Saratoga Springs, who sponsored the more comprehensive of the two marijuana bills, has said he will not run for state Senate again.

"The goal is always to do it (legalize medical marijuana) legislatively," said Connor Boyack, president of Libertas Institute.

Though the effort to legalize medical marijuana through the legislature will continue, advocates also have a backup plan.

"We will still work on things legislatively to see if we can get somewhere good for patients," said Christine Stenquist, president of Together for Responsible Use and Cannabis Education (TRUCE). "But we can't put all our eggs in one basket."

Stenquist said the group plans to gather the required number of signatures to get a medical marijuana initiative on the ballot.

But, Boyack said, getting the signatures by the April 15 deadline this year is next to impossible. And since initiatives can only appear on the ballot in even-numbered years, that means a ballot initiative could not be passed until 2018.

The ballot initiative is an "insurance plan," Boyack said, which medical marijuana patients can turn to should the legislature fail to pass what they consider sufficient legislation next year.

TRUCE is hosting a public meeting March 26 that will serve as both an informational and an organizational meeting.

Stenquist said the group will discuss what happened in the legislative session, because many patients who were not able to attend meetings every day were confused about some of the events that transpired.

But the meeting will also give more information about the ballot initiative and let people know how to get involved.

"Different districts will have team leaders," Stenquist said. "There will be a recruiting process, we'll be talking about fundraisers, and getting volunteers to be part of that.

"This is the first initial step in getting the state organized."

The meeting is open to the public, but Stenquist recommends people RSVP at truceutah.org/2016-session, since the reserved room only holds 300 people.

The event will be from 9 to 11 a.m. at Salt Lake Community College in the Miller Free Enterprise Center. 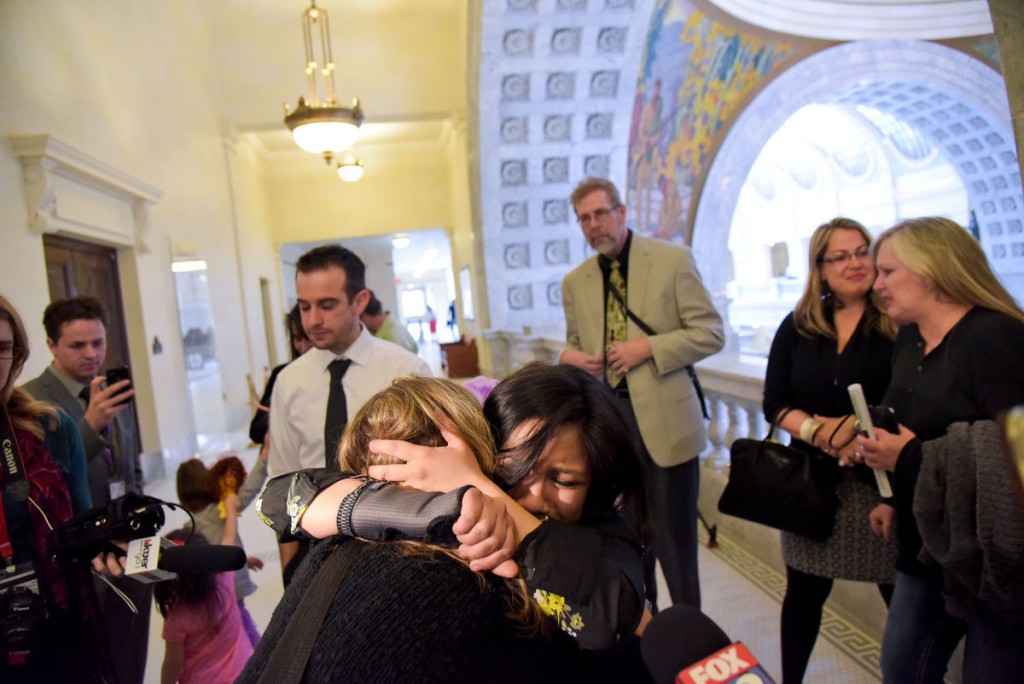