Tears filled Enedina Stanger's eyes as she watched the Utah Senate pass a controversial medical marijuana bill that she says won't help her but would help thousands of Utahns.

Stanger, who has a rare connective tissue disorder called Ehlers-Danlos syndrome, moved with her husband, Michael, and two young daughters to Colorado last December for access to medical cannabis.

She said her condition requires the whole plant, which Sen. Mark Madsen, R-Saratoga Springs, ultimately pulled from SB73 to help get it through the Senate. The legislation now goes to the House where advocates of the proposal believe it has a good chance to pass.

Madsen said the bill isn't what he hoped or intended it would be, but it takes a substantive step in a responsible way. It would allow refined cannabis medication made with THC, the active compound in marijuana that causes the "high," for specific health conditions.

"The passion is about getting this to sick people and doing it effectively. I don't think recreational (use) is going to happen in Utah for generations at least," he told his colleagues.

Sen. Brian Shiozawa, R-Cottonwood Heights, said there are benefits and risk to marijuana, which he said is not a benign substance. It's prone to addiction and is a gateway drug, he said.

"There will be untoward consequences happening," said Shiozawa, an emergency room doctor.

Madsen said bad things are already happening without the proposed law in place. Lawmakers, he said, shouldn't take away freedoms from people who want to do the right thing and obey the law.

Sen. Jerry Stevenson, R-Layton, voted against the bill, saying he's not "impressed" with marijuana, even though it might have some medicinal benefits. He said he had good friends come back from Vietnam as drug addicts. "They did not start out on heroin," he said.

"I'm actually afraid of this," Stevenson said. "It think we're going way too fast with this."

The Senate has also passed a go-slow approach to medical marijuana.

SB89, sponsored by Sen. Evan Vickers, R-Cedar City, would legalize cannabidiol, or CBD, extracts that do not contain THC. The CBD products have been useful in treating epilepsy and have potential uses for other illnesses, but advocates for Madsen's bill say it is not as effective.

"The bill changed dramatically. The LDS Church became more comfortable with it. Sen. Madsen showed he was reasonable in making changes. It's a more conservative bill now," said Boyack, who backed the original measure.

The Church of Jesus Christ of Latter-day Saints on Monday called the changes to SB73 a substantial improvement," though it urged lawmakers to support an "acknowledged need for scientific research in this matter and to fully address regulatory controls on manufacture and distribution." The church had initially opposed the bill.

Senate President Wayne Niederhauser, R-Sandy, voted against the bill. He told reporters earlier that he has a fundamental problem with creating dispensaries for medical marijuana.

"We already have a distribution system for drugs. It's called a pharmacy," he said.

Niederhauser said marijuana should be studied and tested then approved through the Food and Drug Administration. "That's the right way to do this," he said.

The threat of a public referendum swayed senators' votes favoring the bill.

Christine Stenquist, executive director of Together for Responsible Use and Cannabis Education, said her group will watch what the House does before moving ahead with an initiative petition.

"If the House starts to cut at the bill some more, then we'll file a ballot initiative," she said.

Boyack said conversations with House member have been positive, though many are undecided. "It's anybody's game right now," he said.

If lawmakers pass Vickers' bill over Madsen's, he said, a public initiative would be "broader and looser" than either proposal.

Stanger said she won't be deterred as the bill moves to the House and wants to take the issue to the federal level as well.

"This is a huge first step. We're just going to keep going," Stanger said. "I'm going to get back to Utah one way or another." 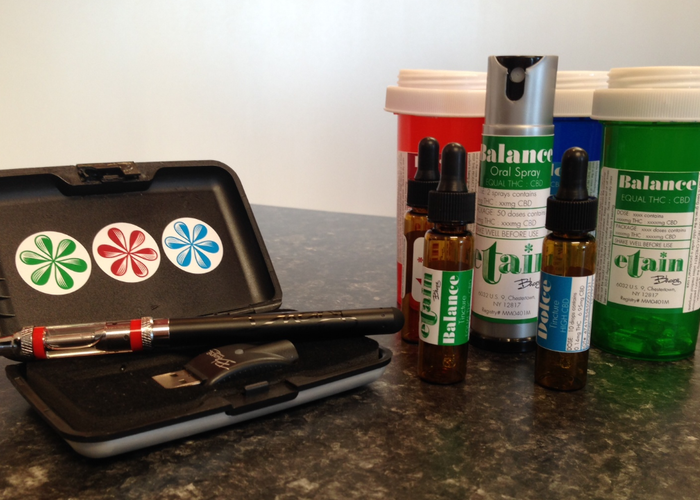