"I would like to have a presentation by professionals to let us know their opinions," Riddick said in the portion of the meeting dedicated to council member concerns. "Whether it's the courts, police departments, (or) legal scholars who know the impact of a conviction of a small amount of marijuana."

"I would like to have a presentation by professionals to let us know their opinions," Riddick said in the portion of the meeting dedicated to council member concerns. "Whether it's the courts, police departments, (or) legal scholars who know the impact of a conviction of a small amount of marijuana."

After receiving the presentation, Riddick said he would like for the council to come to a consensus and then potentially include a call for decriminalization of marijuana in Norfolk's annual list of recommendations to the General Assembly in Richmond.

"In our legislative package, which I know is several months away, I would like to propose decriminalization of (possession of) small amounts of marijuana," Riddick said.

There were 798 marijuana-related charges in Norfolk in 2015 - more than two per day - according to Melinda Wray, Public Information Officer for the Norfolk Police Department.

Riddick said he first got the idea from Chicago Mayor Daley, "who believed that his police officers were taken off the streets too many times going to court for people with a small amount of marijuana."

Daley was a former prosecutor who watched, with disappointment, as Chicago police officers were taken off the street time and time again to go to court for possessions of small amounts of marijuana.

"If 99 percent of the cases are thrown out and we have police officers going (to court to testify in the cases), why?" Daley said, as reported by The St. Augustine Record. "It costs a lot of money for police officers to go to court."

According to records kept by The Virginian-Pilot, Norfolk has seen 35 homicides this year; that is more than double the 17 homicides in Norfolk by this point last year. To say an officer's time is better spent stopping and investigating violent crimes, rather than waiting in court for a low-level marijuana charge, almost goes without saying.

Riddick specifically cited the impact of marijuana convictions on young people. Here in Virginia if you're caught with a joint you face 30 days and $500. Get caught again and it's a year and $2,500.

According to the American Civil Liberties Union, half of drug busts are for pot. And these aren't kingpins being busted. From the ACLU:

"Of the 8.2 million marijuana arrests between 2001 and 2010, 88% were for simply having marijuana. Nationwide, the arrest data revealed one consistent trend: significant racial bias. Despite roughly equal usage rates, Blacks are 3.73 times more likely than whites to be arrested for marijuana."

On Tuesday evening councilperson Mamie Johnson referenced a documentary she had watched that discussed the high sentences marijuana offenders have received as compared to more deadly drugs like heroin. Johnson also noted that where a person is caught makes a difference in their sentencing.

It sounded like Councilman Tommy Smigiel was one step ahead of Mr. Riddick. Smigiel is the urban section chair for the Virginia Municipal League, which is holding their annual conference this October in Virginia Beach.

"I asked for the decriminalization of marijuana and also medical use of marijuana to be the topic (we discuss in depth)," said Smigiel. "It will include all the urban localities. We have an opportunity there."

According to Smigiel, "VML is going to find all the state experts to have that conversation."

In addition to adding marijuana legalization to its legislative package, Norfolk may have other options if it believes punishing marijuana possession crimes to be a misuse of resources and to negatively alter the course of the lives of otherwise law-abiding young people.

They could pass a resolution calling for legalization, much as they did in 2012 when they called for the continuation of the ban on uranium mining in Virginia. Back then other cities followed Norfolk's lead, which could very well happen again with a marijuana decriminalization measure.

Another route could be through the Commonwealth Attorney in Norfolk, Greg Underwood, who is not legally obligated to prosecute misdemeanor marijuana charges, according to the Code of Virginia.

The Council could also work with Norfolk Police Chief Goldsmith to move marijuana related arrests and investigations to the bottom of the NPD's priority list. 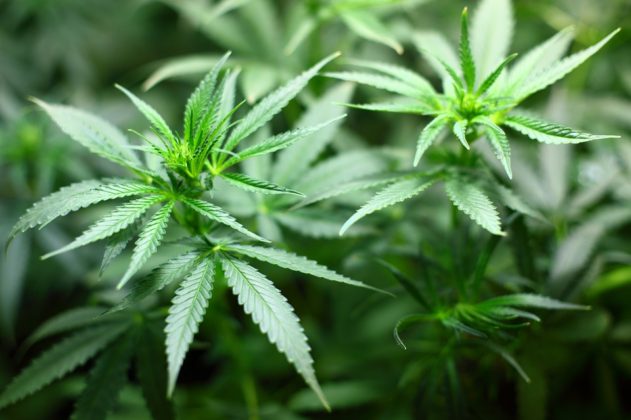