No, the issue is not dead.

The mayor rightfully pointed out that there is little to no chance the commonwealth decriminalizes marijuana this upcoming session, but that doesn't mean progress won't be made this year. The mayor supports decriminalization, as does the council (and a number of other higher ranking officials who have expressed their opinions to me off the record.... for now).

I do believe that our leadership will take a public stance in favor of decriminalization. This splash will create a wave that sets the stage for more Virginia cities getting on board prior to next year's General Assembly. We know that this is a multi-year process, and that's okay.

Council and the mayor have a few options they're weighing:

1. Add decriminalizing marijuana to the city's official legislative agenda for this year.

2. Passing a resolution, or position statement, regarding the city's official stance on marijuana reform.

3. Starting something like a marijuana reform task force. This would include people like the Commonwealth Attorney, Sheriff, Police Chief, health care professionals, sociologists, economists, and activists. They would be charged with drilling down into the stats under the surface of rhetoric. What is marijuana prohibition costing Norfolk economically, socially, and culturally? What are the long term impacts of marijuana-related prison sentences on individual citizens and their communities? What are the racial disparities, if any, in the policing and sentencing of residents? How is marijuana reform playing out in the states that have decriminalized and legalized? Those kinds of questions, and answers.

4. The most aggressive play would be to get the CA, Police Chief, Sheriff, Mayor, and Council to essentially agree that marijuana-related charges will not be pursued at any level. This would not legalize marijuana - if a person is searched by police for other reasons and marijuana is found, they would still be charged - but it would make marijuana the lowest possible public safety priority.

As I understand it, the council needs to finalize their legislative agenda by mid-November. Decisions will be made in the coming days and weeks. 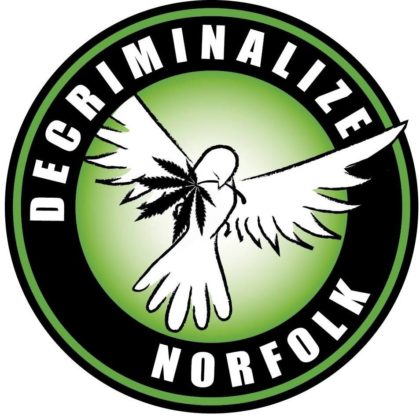