VA: Resolution On Marijuana Decriminalization Sent Back For Revisions

A resolution calling for decriminalization of marijuana use in Virginia didn't get out of the starting gate Dec. 6, as delegates to the Arlington County Civic Federation sent the measure back for more work.

Federation president Stefanie Pryor acknowledged that "people have some concerns" about the resolution, which was backed by the National Organization for Reform of Marijuana Laws (NORML) and had won the support of the federation's legislative committee.

The two biggest sticking points: Contentions that statements in the resolution may not be backed up by facts, and that the measure spoke about medical use of marijuana but went on to call for a blanket abolition of criminal penalties for everyone caught using it.

"They're trying to pull a fast one," one federation delegate said as a three-member contingent from the legislative committee made a valiant, but ultimately unsuccessful, attempt to salvage the resolution.

"Postpone this thing until we clean it up," urged federation delegate Pete Olivere, and on a 21-20 vote, delegates opted to send the matter back for revision. It will be considered again at the federation's Jan. 3 meeting, which will come before the 2017 General Assembly begins.

Not that a resolution from any organization is likely to sway the legislature. Olivere predicted there was "not a chance in hell" members of the General Assembly would do much, if anything, to loosen Virginia's restrictions on marijuana.

One facet of the proposed resolution that may find traction calls for an end to automatic loss of driver's licenses for those found in possession of marijuana, even if the transgression did not occur in a vehicle.

Efforts to decriminalize possession of small amounts of marijuana — treating it "like a parking ticket," as the proposed Civic Federation resolution suggests — have been ongoing in Virginia since at least the late 1960s. While penalties have been reduced, the legislature has shown no inclination for a blanket decriminalization. 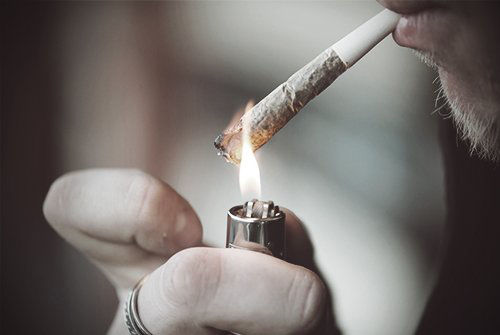