The Senate's majority leader last week requested that a state criminal justice agency examine Virginia's marijuana laws in light of recent national developments - and then weigh in on what kinds of changes might make sense.

He followed that up on Nov. 30, writing to the chairman of the Virginia State Crime Commission, Del. Robert Bell, R-Albemarle, requesting that the agency examine several issues surrounding cannabis law enforcement.

Norment specifically asked the agency to look at the following areas:

- The "consequences experienced by any state" that has moved from criminal penalties to civil ones for small amounts of marijuana.

- A look at the latest research on marijuana and its effects, "especially any studies indicating a correlation between its usage and that of opioids or illegal stimulants (methamphetamine and cocaine) as a possible 'gateway' drug."

- The "status and strength" of Virginia law related to driving under the influence of marijuana, including a look at the kind of "available technology" that can be used to convict people of this offense in court.

- Any potential ramifications to Virginia if its drug laws are in conflict with federal law. Federal law still treats marijuana as illegal, even in states that have gone the other way, compounded by the fact that a new U.S. attorney general is taking office early next year.

- Whether states that have decriminalized marijuana possession "continue to criminalize it on second or third offenses."

Norment's request, which asks Bell for his "input, suggestions and concerns," comes on the heels of the majority leader's recent comments showing a willingness to move on the issue.

"I think it's absolutely crazy that we continue to lock people up for possession of a modest amount of marijuana," Norment told the Norfolk City Council on Nov. 1, according to The Virginian-Pilot. "We are tough on crime. It's a question of what crimes we want to be tough on."

Though he voted against a decriminalization bill at the General Assembly, he added, "When I speak to millennials, they see things very differently than I do."

Before the study can take place, the 13-member State Crime Commission must vote to approve it. The commission's board includes Norment, Bell, seven other lawmakers, three law enforcement officials and the commission's executive director.

Bell, the board's chairman who is strongly opposed to marijuana's legalization, did not return phone calls Monday.

Crime Commission studies can often take a year or more to complete, with the commission reporting back to lawmakers on their findings.

The request comes against the backdrop of significant movement on marijuana laws nationwide.

A Gallup poll released in October found that 60 percent of Americans now support legalizing marijuana, the highest in the 47-year history of the question.

Moreover, fewer people are being arrested on marijuana charges in Virginia these days, a Daily Press analysis has found. The number of people charged with marijuana offenses has fallen by 14 percent statewide over a two-year stretch, according to Virginia State Police figures compiled from local law enforcement agencies. That's the largest two-year drop in at least 15 years, with the arrests on pace to fall again this year.

Under current Virginia law, a first simple marijuana possession conviction is a misdemeanor that carries a maximum punishment of 30 days in jail and a $500 fine.

"It's one of the lowest level jailable misdemeanors that's on the books in Virginia," said Eric Olsen, the top prosecutor in Stafford County and president of the Virginia Association of Commonwealth's Attorneys. Olsen is against the drug's legalization.

"Most people are surprised to learn that a 20-year-old that has a beer ... has committed a much more serious offense than someone who is caught with a small amount of marijuana" on a first offense, Olsen said.

Carrying an open container of alcohol as an 18- to 20-year-old is a Class 1 misdemeanor - punishable by up to a year in jail and a fine of up to $2,500. That's the same level of punishment reserved for second and subsequent marijuana possession charges.

Still, those in favor of marijuana decriminalization object to the fact that people's pot possession convictions show up on their criminal records - often precluding them from landing jobs.

Virginia courts widely use a "first offender" program for first-time violators in which the conviction is dismissed so long as the defendant completes drug education and other requirements.

But that program features an automatic six-month driver's license suspension - which critics in the General Assembly are targeting for repeal in the upcoming legislative session. 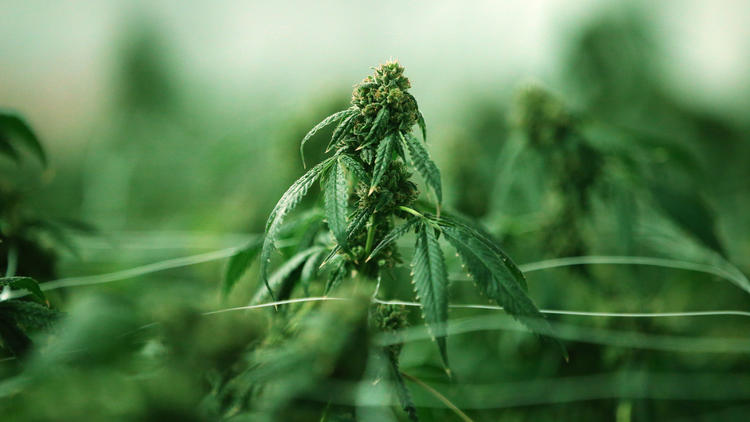