Vermont’s Legislature become the first in the nation Wednesday to approve a recreational marijuana legalization bill.

Vermont's bill, which would legalize small amounts of marijuana possession in 2018 and anticipate the possibility of a taxed and regulated legal marijuana market, was approved in the Vermont House of Representatives on Wednesday afternoon by a vote of 79-66. The state Senate already passed the bill, so it will go directly to GOP Gov. Phil Scott.

Eight states — Alaska, California, Colorado, Maine, Massachusetts, Nevada, Oregon and Washington — and the District of Columbia have legalized marijuana following a voter referendum, but no state yet has legalized marijuana solely through the legislative process, according to the National Conference of State Legislatures. Legalization advocates said bills were pending in other state legislatures.

"I think it reflects that Vermont elected officials are more in touch with our constituents than a lot of elected officials in other states," said Vermont Lt. Gov. David Zuckerman, a member of the Vermont Progressive Party who has worked on marijuana issues for the majority of his political career. "I think the public is ahead of us, but elected officials tend to be cautious when it comes to change."

Wednesday's vote closed a debate over legalization, particularly in the state House. The divisiveness once prompted Senate President Pro Tempore Tim Ashe, a Democrat from Burlington, Vt., to predict that legalization would take a miracle to pass this year.

Advocates hugged and shared high-fives outside the two chambers after the vote.

Earlier in the day, the House Judiciary Committee voted 8-3 to support the limited bill, which was pitched as a compromise between the House and Senate approaches on marijuana.

The bill also sets up a nine-member commission to study the best way to regulate marijuana.

"There's no slam dunk of any kind," Rep. Barbara Rachelson, a Burlington Democrat, said about the prospect of a legal marijuana market. "It just is doing work that could be used next year or in subsequent years."

"The data indicates that our youth are using marijuana more infrequently, and I don't think we should put that in jeopardy," said GOP Rep. Scott Beck of St. Johnsbury, Vt., who voted against the bill.

“We need to make a move to be treating this as a public health issue for those for whom it is a health issue and letting other people use this substance responsibly,” Buckholz said.

If Scott signs the bill, a new commission would be responsible for drafting a system to tax and regulate marijuana and submitting the plan to the Legislature. The end result would need to be a marijuana regulatory system that "increases public safety and reduces harm to public health."

"The administration will be at the table, along with the attorney general and others," said Democratic Rep. Maxine Grad of Moretown, Vt., chairwoman of the House Judiciary Committee. "With Massachusetts and Maine starting up in 2018, I think we need to continue this conversation."

Scott repeatedly has expressed concerns about marijuana and highway safety. He has the choice to sign the bill, veto the bill, or allow it to become law without his signature.

The first-term Republican governor declined to say before Wednesday's House vote whether he would veto the legislation.

"I don't believe this is a priority for Vermont," Scott said. "I believe that what we should be doing is trying to find ways to protect those on our highways, deliver a level of impairment that is consistent throughout the Northeast, as well as to address the edibles for our kids before we move forward with legalization. Having said that, I'm going to review the bill as it's passed." 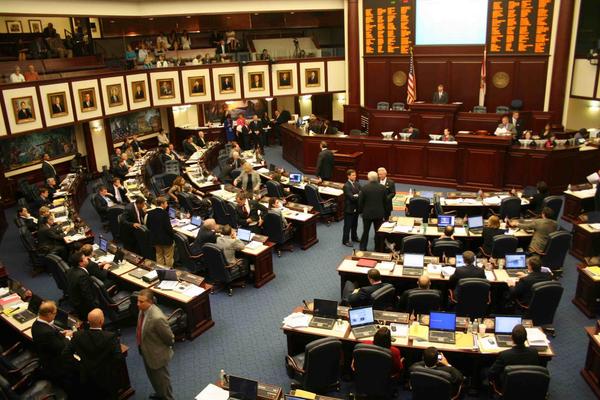