Vermont lawmakers are expecting to resume the debate about whether the state should become the first in the country to legalize the recreational use of marijuana through an act of a legislative body in the opening days of the 2018 legislative session, which begins Wednesday.

A revised marijuana legalization bill was passed by the state Senate in June that addressed concerns expressed when Republican Gov. Phil Scott vetoed the original bill passed by both chambers in May. The House did not have time to act on the proposal during a one-day veto session, but since 2018 is the second year of the two-year session, the bill remains active and can be voted on as early as Thursday.

Democratic House Speaker Mitzi Johnson said the marijuana legislation is leftover from last year when it passed, but didn't pass by a large enough majority for it to be acted upon during the June veto session.

"We'll see," she said when asked about its prospects for passage.

"People have been gone from Montpelier for a long time. We'll see how things sugar off on Thursday."

Republicans who were opposed to the original legalization bill seem resigned to it passing.

"If it's going to be legalized... we can't stop it. I don't like it," said state Rep Don Turner, the Milton Republican who is the House minority leader. "But we are going to look at, definitely, some amendments to see if there is anything else we can add or modify."

The original legislation would have taken effect July 1, 2018. It's unclear what the implementation date would be for any bill passed in the opening days of the 2018 session.

"As Governor Scott said in June when he came to an agreement with the Legislature on revisions to the bill, he would sign the compromise bill if it made it to his desk, and he has not seen anything to change that position at this point," Kelley said.

Last May, the Vermont Legislature approved a bill to legalize the possession of up to one ounce of marijuana. In vetoing the bill, Scott said he didn't have any philosophical objections to legalization, but he had practical concerns such as more aggressive penalties for driving under the influence and looking for more ways to protect the health of children. Those concerns were addressed in the measure passed by the Senate.

In September, Scott created a 13-member commission that is studying some of the practical challenges of legalization, such as public safety and health and taxation. That commission is scheduled to present a report to the governor by the middle of January with some of its recommendations.

While passage seems probable, earlier this month a group of physicians and marijuana opponents urged the state not to approve it. 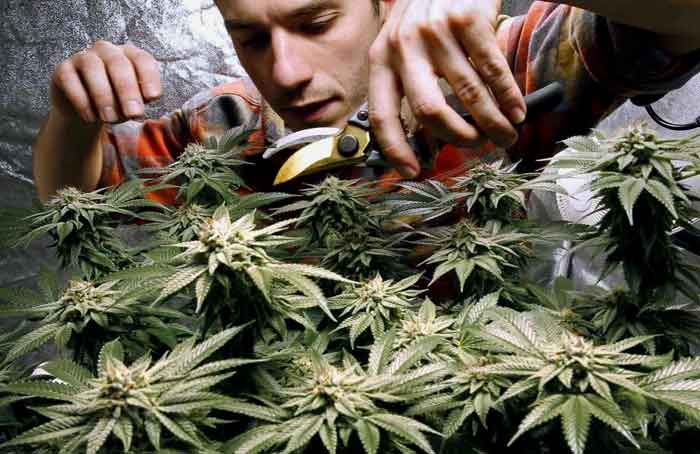