Starting Monday, Vermonters will not be arrested for possessing less than an ounce of marijuana.

According to the new measure, first-time offenders will not get more than a $200 fine for possession. The fine will increase for repeat offenders -- $300 for a second offense and $500 for every offense thereafter -- but, under the law, marijuana possession will no longer result in the creation of a criminal record.

Possession of more than an ounce of marijuana remains a criminal offense, and state law still forbids the cultivation of cannabis plants.

"This is a much-needed step forward toward a more sensible marijuana policy," said Matt Simon, legislative analyst for the Marijuana Policy Project. "Nobody should be subjected to life-altering criminal penalties simply for possessing a substance that is objectively less harmful than alcohol."

Vermont legalized medical marijuana in 2004, and now joins 14 other states that have adopted decriminalization laws for non-medical cannabis. In 2012, voters in two additional states, Washington and Colorado, approved ballot measures to tax and legalize marijuana for recreational use among those 21 years old and above.

An ACLU report released last month found that African Americans in Vermont were 4.4 times more likely be arrested on marijuana charges than whites, according to 2010 records. Despite this difference, blacks and whites reported using the drug at near-equal rates. This disparity was greater than the national marijuana arrest rate, which was 3.7 times greater for African Americans than it was for whites. 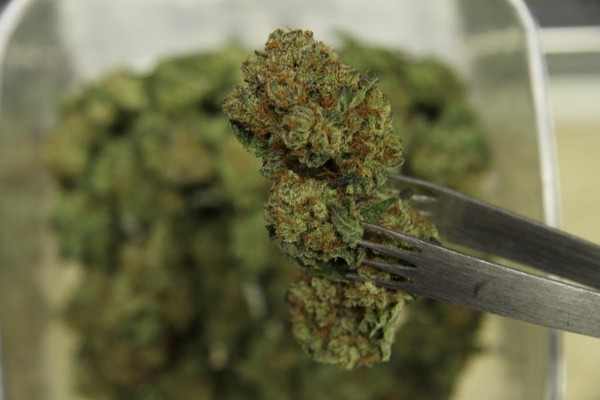