Vernon Hills officials say they're worried if the village doesn't quickly enact restrictions to complement state regulations, medical marijuana dispensaries could be legally allowed to sit side-by-side with the Barnes and Noble bookseller in its premier shopping district.

As medical marijuana appears increasingly likely to become the law of the state, Vernon Hills plans to start deciding where dispensaries for the drug might be able to open in the community.

"I don't know of any community that is really thrilled about having to do this, quite frankly," said John Kalmar, assistant village manager. But "this allows us to create certain restrictions and to allow this type of use, if in fact someone finds a location [that isn't exempt] within the village, and it allows us to regulate it from a land-use standpoint."

The village board is tasking the planning commission with looking at areas where–above and beyond state regulations–medical marijuana dispensaries may be allowed to operate inside village limits.

Officials said the board started exploring its options regarding medical marijuana after the state legislature approved legislation on the drug in May. The measure will become a law if Gov. Pat Quinnchooses to sign the bill and would take effect Jan. 1, 2014.

Kalmar said Vernon Hills needs to get regulations on the books in a timely fashion should the village want to further regulate the dispensaries.

He said the state legislation already makes a large area of the community ineligible for a dispensary. Under the state law, the sale of medical marijuana cannot take place within 2,500 feet of schools, day cares and childcare facilities, he said.

Kalmar said those limitations exempt a majority of the area between Butterfield Road and Fairway Drive, to north of Townline Road and south to Nike Parkway, which make up the bulk of the community.

But he said officials should consider altering the zoning ordinance to address how dispensaries would fit into commercial and residential zones. He said as it stands currently, dispensaries would be limited to largely commercial zones, like the Corporate Woods Parkway and the Westfield Hawthorn Mall off Milwaukee Avenue.

The planning commission will have the responsibility of figuring out whether existing zoning rules will apply dispensaries, or if there should be further zoning requirements imposed. The village board can then accept or reject any draft requirements, officials said.

A few board members expressed their displeasure with allowing dispensaries to be in the community in the first place.

"I'm not real comfortable with it," Trustee Barbara Williams said. "But it is something we have to do."

Trustee James Schultz said he would like to see dispensaries specifically zoned to be closer to existing medical offices and clinics. He would feel more comfortable, he said, having those sorts of businesses together rather than having dispensaries near residential areas and commercial areas not zoned for medical uses.

"That would be a more appropriate location rather than as part of a head shop in the mall," he said. 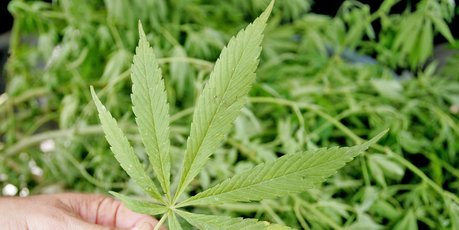