KIM LANDERS: The Victorian Government is grappling with new regulatory hurdles as it becomes the first Australian state to legalise medicinal cannabis.

Even though State Parliament has passed the legislation, licences aren't yet available to grow or manufacture medicinal cannabis.

And as Tom Nightingale reports, some families who've been using the product illegally, say the process is taking too long.

They live in Mia Mia, north of Melbourne, and she says her son and daughter have epilepsy. She says they were dealing with dozens of fits a day until they began taking a medicinal marijuana product.

CHERI O'CONNELL: Three years without a seizure, and you know, we've had so much healing of their actual brain so we have actually been able to reduce our son pretty much off of cannabis now. He has one or two doses a week just as maintenance and our daughter's been able to come off.

She was on five doses a day. She's now down to three.

He cited Cheri O'Connell's then eight-year-old daughter Tara as one reason he changed his mind.

CHERI O'CONNELL: I mean the company we are working with, you know, has done everything possible to meet all the government regulations. It's under all the food standards. It's ready to be shipped internationally.

The product's there and ready, you know, as a nation we're still sort of going, well let's wait 'til 2017, let's grow and see what's happening. You know, it just seems to be pushed back and pushed back.

You know, if Victorian Government planted today, they certainly don't need to be waiting 'til 2017 to have the first crop up and made and ready for kids, you know.

How many kids die between now and when it's actually readily available, when there's a product already ready to go?

TOM NIGHTINGALE: At the moment, there aren't any licenses available to cultivate the crop or manufacture it into a medical product.

The Victorian Government is setting up a crop to grow it in a secret location.

The Government is also creating the Office of Medicinal Cannabis to regulate the sector, and it's setting up an independent advisory committee to recommend what products should be approved for use, and who should be allowed to use them.

The Health Minister Jill Hennessy admitted on ABC Local Radio the process will take too long for some.

JILL HENNESSY: I am inundated every day with all sorts of illnesses, kind of beggingly asking me when this product might be available. And I wish we could get it available sooner for them, but we got to do so safely and securely.

Because the last thing we need is for these trials and these products to not be fit for purpose. They are a medicine and we've got to regulate them and produce them as such.

TOM NIGHTINGALE: The Victorian Government says children with severe epilepsy will be the first to be able to legally be treated with medicinal marijuana. It says that won't be the case until about 12 months time. 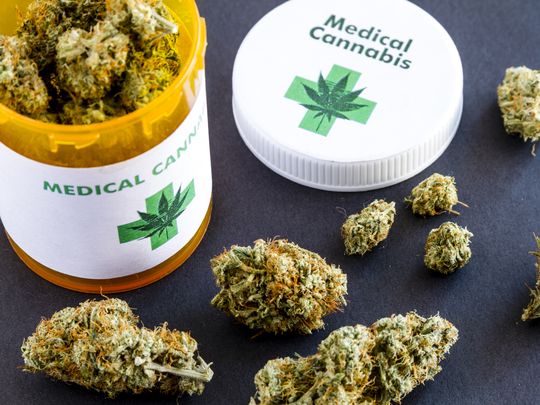