There is a national push to have medical marijuana oil legalized across the country.

A similar measure passed in Virginia during the last General Assembly session allowing families to use marijuana oil to treat rare diseases.

"We're trying to make something happen without having to wait before we lose another child," said parent Lisa Smith back in January during the session.

Smith's daughter Haley suffers from a rare disorder called Dravet syndrome which causes multiple seizures. In fact Smith says Haley had 1,000 seizures last year. Smith and other families fought to allow in Virginia, a marijuana based medicine called CBD that uses oil from the plant to treat the disorder.

"Which will allow family members to possess this in Virginia without being illegal, without them being charged with a crime," said Delegate John O'Bannon.

Haley and her mom are now part of national fight with groups like Coalition for Access Now to allow the same treatment across the country.

A bill sponsored by Pennsylvania congressman Scott Perry is currently being considered in the House of Representatives. Delegate O'Bannon, who voted for the bill that passed in Virginia, says the oil cannot be used to get high. He says he also thinks a federal law could be beneficial.

"It is for a medical problem that's a real bad problem and I would be comfortable if they chose to do that," O'Bannon added. 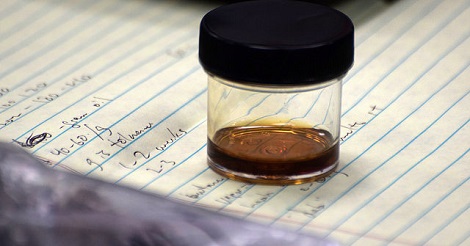