Virginia Needs To Act Now To Grow A Hemp Industry

Here's some market advice: Now might be a good time to invest in hemp.

It wasn't that long ago that the mere mention of hemp – a strain of cannabis which looks like marijuana but lacks the "buzz" – produced giggles. Now it produces policy papers.

Both the Democratic and Republican candidates for governor have endorsed hemp – "industrial hemp" is the preferred formulation, to emphasize the manufacturing potential for the fibrous stalks and oily seeds.

Meanwhile in Congress, the chairman of the House Judiciary Committee, our own Rep. Bob Goodlatte, R-Roanoke County, has proposed changing federal law to open the way for full-scale commercialization of hemp.

Right now, hemp exists in a hazy no-man's land of the law. Since 2014, federal law has allowed states to sanction hemp for "research purposes" and most states – including Virginia – have done so. However, federal law also still classifies hemp as a drug, even though it can't get anyone high.

Within the confines of federal law, some states have taken a more expansive view of what constitutes "research." Virginia's law is among the more restrictive. In Virginia, research really does mean research, so the 102 acres of hemp grown this year are either on research farms for Virginia Tech and Virginia State, or at private farms under contract to James Madison University.

North Carolina has taken a more aggressive approach. While its farmers have to be licensed for "research" purposes, they're also free to sell their product on the open market to hemp processors to turn into food, cloth, cosmetics, paints, plastics, whatever. So far, 10 hemp companies have sprung up in the state – which only gives more incentive for North Carolina farmers to plant hemp. After all, why not grow it if you can sell it? North Carolina has an estimated 2,000 acres of hemp growing this year.

North Carolina isn't even the top hemp state, just the one we should be most concerned about because it's historically our economic rival. Kentucky is the biggest hemp-growing state. In Kentucky, farmers this year are growing 12,800 acres of hemp – and the state has issued licenses to 40 processors.

Our gubernatorial candidates – first Republican Ed Gillespie and later Democrat Ralph Northam – have endorsed industrial hemp because they see economic potential, especially for rural areas. For farmers, hemp would be another cash crop, but that's really just the beginning of a whole supply chain. Hemp represents the opportunity to grow an entirely new industry in the state, from farms to manufacturing facilities. It's worth noting that nine of those 10 hemp processors in North Carolina are in small towns or rural areas; only one is in Carolina's equivalent of our "urban crescent." Some of those companies are small – about a dozen employees. But the largest plans to employ about 100 people in Spring Hope, North Carolina. Whether it's Gov. Gillespie or Gov. Northam, either one would love to preside over a ribbon-cutting for a manufacturing facility hiring 100 people in a community in rural Virginia.

Hemp won't be any community's economic salvation; the economy is too complicated for that. On the other hand, last year Americans bought $668 million worth of products made from hemp – and virtually all that hemp had to be imported. Some project that figure to rise to more than $2 billion by 2020. This seems to be a growing market, no pun intended. All we need to do is figure out how to tap into it.

Hence, today's question: Now that our next governor – whomever he may be – has endorsed industrial hemp, what would it take for Virginia to grow a hemp industry?

First, Virginia needs to change its law to allow commercial sales of hemp the way North Carolina does. If Congress lifts the drug classification for hemp, this is probably unnecessary. Goodlatte is optimistic that Congress will pass his bill before the end of 2018. But we also know how slow and unpredictable Washington can be sometimes. Why wait on Congress? Virginia can act on its own to allow limited commercialization. In fact, there are good reasons why Virginia should make a point of acting before Congress does.

Why should it do this? Easy: Virginia needs to catch up to North Carolina – which you'll see is a recurring theme here.

That's why Virginia should move to allow commercialization now, so there's an incentive for entrepreneurs to invest in creating hemp processing companies in the Old Dominion before federal law changes.

Think of this in banking terms. North Carolina liberalized its banking laws before Virginia did. That meant some small community banks in North Carolina grew into big, statewide banks before their counterparts here. That also meant when federal laws changed to allow interstate banking, the North Carolina banks were bigger than the Virginia banks – and theirs gobbled up ours. That's why Charlotte today is a financial center and we're not.

The same principle applies to hemp. North Carolina has already gotten a head start in creating a hemp industry. Virginia shouldn't cede that market. It would be great if our farmers can grow and sell hemp; it would be greater if they could sell that hemp to Virginia-based companies hiring Virginia workers and paying Virginia taxes.

Ultimately, whether anyone invests in a Virginia-based hemp company is a free market decision, not something state government dictates. However, that's also the beauty of it all for a Republican-controlled General Assembly in Richmond. Virginia doesn't have to spend a cent to create a hemp industry. It just has to lift the current restrictions – "burdensome" restrictions is the language Republicans often like to use – and let the hidden hand of the market work its magic.

If we don't, the outcome seems pretty certain: North Carolina is poised to create jobs that we could easily be creating here. How do we know? Because it's already happening. 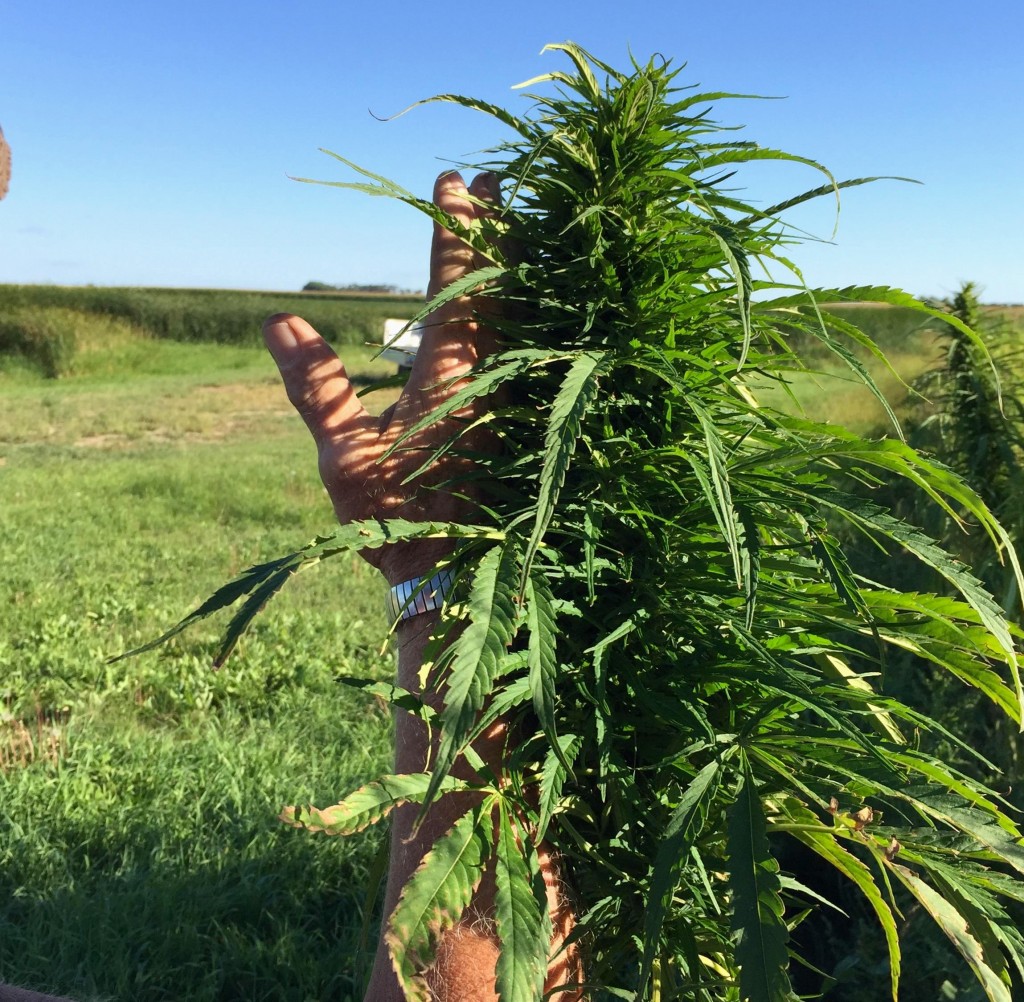