Voters Lit Up For Marijuana In The Midterms

"You did it! Isn't this amazing?" Oregon Rep. Earl Blumenauer said to a room full of supporters in Portland on Tuesday night after being reelected. But he wasn't celebrating his own win, he was celebrating another victory for legal pot. "You knew we could do better than the failed policy of prohibition," Blumenauer said.

Voters in Oregon on Tuesday chose to follow Colorado and Washington state in passing a ballot measure that will create the country's third legal market for recreational marijuana. Measure 91, which passed with 54% of the vote, makes it legal for residents 21 and older to possess and grow marijuana, and tasks the state liquor control commission with regulating the substance. A similar proposal in Alaska remained to be decided as of late Tuesday night.

Legalization advocates also won a victory in Washington, D.C. With nearly 70% of the vote in favor, residents in the nation's capital adopted what some industry experts call a "soft legalization" measure. While the District won't have a regulated market like Oregon, it's now legal for residents 21 and older to possess up to 2 oz. of marijuana and cultivate up to six plants at home, as well as give 1 oz. of marijuana to someone else, without payment. Selling pot is still not allowed.

The D.C. news comes with caveats for residents ready to celebrate: the new rules apply only to those who live in the three-quarters of D.C. that is not on federal land, where the substance remains verboten. Congress also has the power to step in and supersede the actions of D.C. officials.

Guam became the first U.S. territory to legalize medical marijuana, joining the District of Columbia and 23 states. But legalization advocates lost a their battle for a similar proposal in Florida. After deep-pocketed advocates on both sides spent millions, the measure to legalize medical pot got 57% of the vote but needed 60% to pass. Big spenders like casino magnate Sheldon Adelson, who shelled out $98 in the 2012 elections, donated roughly $5 million to defeat the measure. For now, this bellwether remains more purple than green.

South Portland, Maine, legalized marijuana in a somewhat symbolic vote, while voters in Lewiston, Maine, shot down a similar proposal. The measure makes it legal for residents to possess up to 1 oz. of marijuana, though consuming or displaying weed in public remains illegal. More important, the drug remains illegal on a state and federal level, and the measure did not address taxation or regulation of a legalized market. Portland, Maine's largest city, passed a similar measure in 2013. 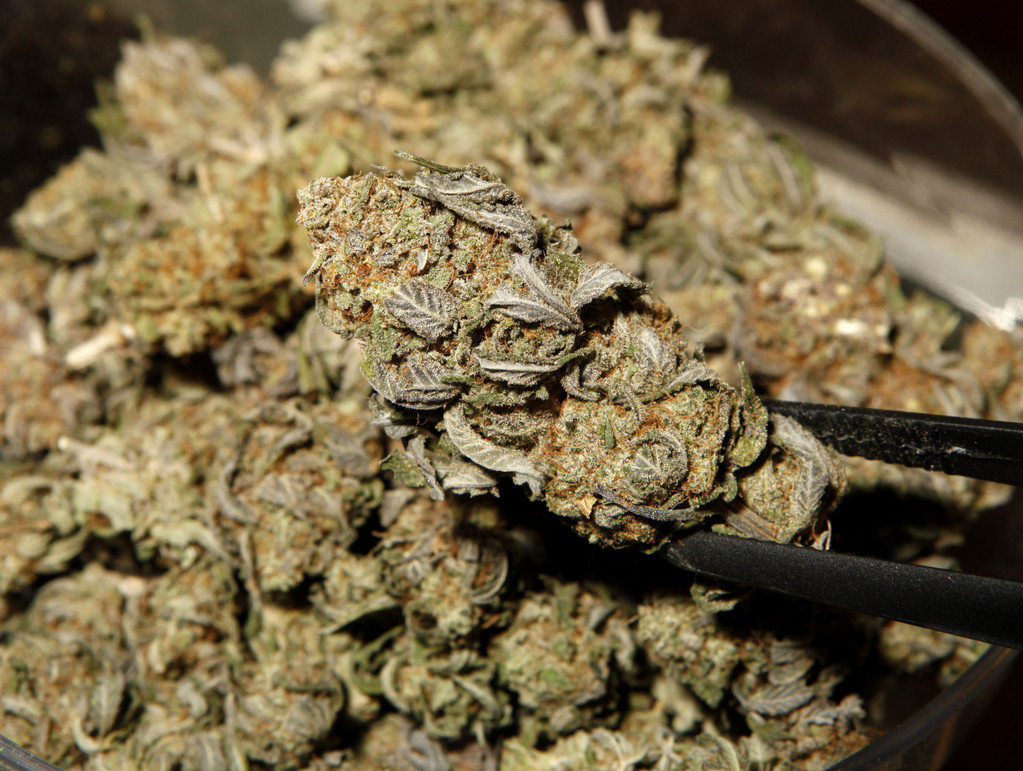 Interesting how the voters in the last two mid-term elections have clearly voted against a continuously encroaching liberty crushing big govt letting us ignorant simpletons to be left happily alone to our own devices.

I'm so tired of Washington DC thinking they know better than what the majority have elected their reps to do on their behalf. Politicians have begun to do what they decide not what voters have decreed. We are quickly becoming a plutocracy.

What would happen if the great republic our fore-fathers have left us, by divine right I would add, becomes another tyrannical dictatorship, because the people had become too proud and putting such a fortunate place in the hands of man has clearly become evidenced by Ben Franklins' quote after the Constitutional Convention, a woman asked, "what have they given us, Dr. Franklin?" He replied, "A republic, if you can keep it!" I feel he was right and we have been giving it away ever since.
Chinnubie's Last Purple Kush Plant & Lil Frankenstein Clone
Chinnubie Taking On Mediwana Clones
Chinnubie's 1st Soil Grow Using Purple Kush
Chinnubie's 2nd Shot at 2 Fem Purple Kush
Shadowman's Ideal 420 Soil Grow 2014

Nov 5, 2014
The General
T
T
D.C. Voters To Decide On Marijuana Use In November