The Chehalis City Council passed an amended ordinance on Monday night limiting the number of marijuana production, processing and growing facilities in the city to one, while allowing vested applications to continue.

Although the new ordinance limits the facilities to one operation within city limits, the city recognized five business applicants as being vested to operate in the city already. The new ordinance won't impact their operations.

All of the businesses, with the exception of one on NE Alaska Way, are located on NW State Avenue.
If the businesses shut down for any reason, a new business will not be able to take its place.

Jeremy Wildhaber, who is currently renting a building to two of the businesses, voiced his opinion in opposition of limiting the number of production and processing facilities, stating the council is turning away tax income.

"I feel like you guys should not be in the position to be the dictators of commerce," Wildhaber said.

Two others spoke in support of limiting the number of marijuana businesses, although one community member said he was ashamed the council was allowing any at all.

Dave Watson said the council would be responsible for destroying a child's life if "some damn pothead" runs over one of their grandkids.

"You helped destroy that child's life because it's going to happen," Watson said.

The amended ordinance provides strict language on odor control measures for the businesses - dictating that no odor be detected outside of the facility.

According to the ordinance, an odor control plan must be provided, as well as the model numbers of all odor control systems and sizing calculations for proprietary devices to be installed.

"If at any time the city determines that the odor control system is not sufficient, the facility must upgrade their Odor Control Plan and implement identified upgrades within 30 days of a written notice from the city," states the ordinance. "During operation, if the building official detects odor problems, the business shall immediately shut down and will not be allowed to operate until the odor issue is resolved to the City Manager or designee's satisfaction."

Patty Kaija, of Chehalis, said the odor control portion of the ordinance was ridiculous, citing restaurants and the cannery as businesses that also emit odor.

"Marijuana facilities do put off some odor. To some people it's offensive, to others it will not be," she said.

The council passed the ordinance with an unanimous vote. Councilors Terry Harris and Tony Ketchum were excused from the meeting.

Councilor Bob Spahr told those in attendance that the council was headed into uncharted territory, and after being inundated with growers, the city had to deal with the issue.

He apologized for the inconvenience and expense for those who planned to open a marijuana business within Chehalis, but said "we have a whole city to think of and we are just trying to do the right thing."

Mayor Dennis Dawes said the council had to look at the whole picture in order to address the businesses. 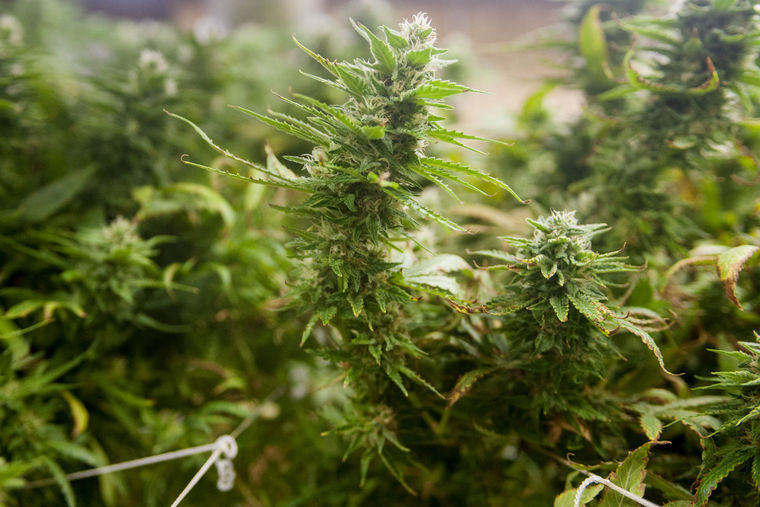