The City of Fife has settled its longstanding legal battles with Greybeard Holdings over the city's moratorium on marijuana businesses. This comes after more than two years of hearings and appeals that have proven costly in attorneys' fees and the loss of potentially hundreds of thousands of dollars in revenue had the shop been allowed to open in 2014.

"It's been expensive for everyone," Greybeard principal Tedd Wetherbee said.

Wetherbee estimates that his legal bills since 2014 total about $200,000 and expects that the city spent at least as much. He is not far off. The city spent $167,000 in legal fees. The amount is about half of the city's legal fund for land-use litigation and comes on top of the $24,500 a month Fife pays to the VSI Law Group to serve as its official legal department at a rate of $210 an hour.

The settlement requires Wetherbee's company, which operates two other Gallery locations in Pierce County, to pay $35,000 to the city to help defray the city's legal bills but allows his planned marijuana retail store to open. The city's Planning Commission will now take another look at its zoning rules and make recommendations to the city council, which could either adopt rules to allow marijuana shops to operate within city limits or continue the block them. The city had fought to keep pot shops out of Fife with the argument that allowing marijuana shops to open could put the city a risk since federal law still considers marijuana an illegal drug.
"The city still has a moratorium in place," City Manager Subir Mukerjee said.

If the city council follows previous Planning Commission recommendations and creates zoning rules to allow marijuana shops in the city, other retailers may follow. If the council continues the moratorium, The Gallery will operate as a non-conforming use at its storefront at 5303 Pacific Hwy. E., next to the Poodle Dog restaurant.

"It would be allowed to open either way," Mukerjee said.

A council decision is expected as early as this spring.

Negotiations between Fife and Wetherbee toward finding a settlement started after the Puyallup Tribe announced plans last year to renovate the former Stogie's cigar and sports lounge to become a marijuana retail shop, making it the first tribe in the state to grow, test and sell marijuana. Since the Stogie's location is on tribal land, it is not subject to city rules, so it too would open regardless of any city decision on zoning changes regarding marijuana retail operations.

"More stores doesn't mean more revenue," he said. "Then you just have a race to the bottom. Two locations are enough for Fife."

Once the Fife store opens in March, The Gallery locations will employ a total of about 60 people, with an average hourly pay of $19 with company-paid health insurance and matches on retirement plan contributions. The city's share of the marijuana excise and sales tax on The Gallery's marijuana retail operation will likely be between $150,000 and $200,000 a year, Wetherbee estimates, based on sales projections from his other retail locations. The Gallery location in Spanaway, for example, generated $9.4 million in sales last year.

"We expect to do at least that, if not more," he said. "What doesn't get mentioned is that's $9.4 million that doesn't go to organized crime (non-taxed, illegal marijuana street dealers). They should be thanking us."

Retail marijuana operations sell only products that have been tested for purity and potency at least twice and are taxed at every step. But despite those added steps and taxes, marijuana prices have dropped by about half, to about $20 per eighth of an ounce.

"Dealers just stopped selling marijuana since there just isn't any money in it for them," Wetherbee said.

If sales projections hold true, Fife could have collected almost a half a million dollars in new tax revenue had the shop been allowed to open in 2014, when retail sales of marijuana became legal. That was money the city could have used to shore up a $1.2 million shortfall this year that was caused by a change in how the Puyallup Tribe allocates a portion of its gaming revenue to surrounding governments to pay for impacts linked to casino operations. A committee of tribal and non-tribal government officials denied Fife's blanket request for $850,000 because the city failed to itemize its actual expenses for added fire, transportation and police services associated with tribal gaming operations. 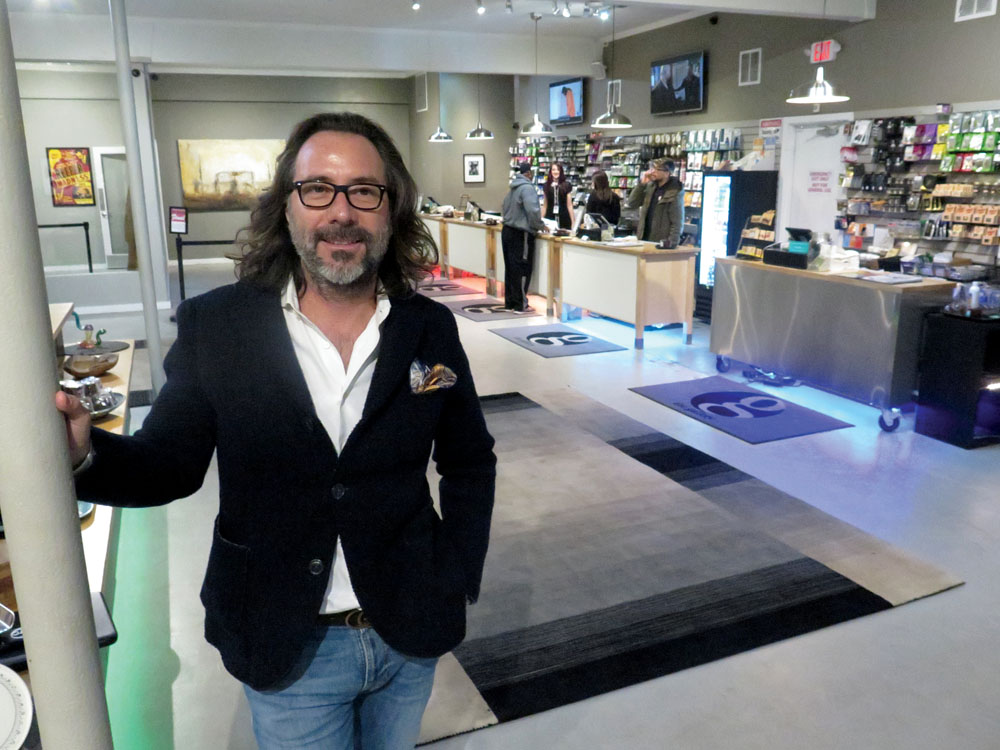