State lawmakers are seeking advice on letting residents grow marijuana at home for personal use, and whether it's a good idea to do at all.

At their direction, the state Liquor and Cannabis Board is studying two scenarios for allowing home grows of a minimal number of plants, and a third option maintaining current rules enabling only cultivation for medical use by individuals and cooperatives.

A hearing is set for the board's Oct. 4 meeting in Olympia to garner public comments. Agency officials anticipate a large crowd and urge individuals to put their thoughts in writing and email them to rules@lcb.wa.gov by Oct. 11.

The study and recommendations from agency leaders are due to lawmakers by Dec. 1.

"The agency is actively engaging other states, the public, the industry and stakeholders. We know there are many perspectives to this issue and we want to ensure they are captured for our report and recommendations," agency director Rick Garza said in a statement.

Of the eight states with legal markets for growing and selling marijuana for recreational use, Washington is the only one where home grows are not allowed.

However, Washington does let authorized patients have limited grows for medical purposes or to be part of a four-member medical marijuana cooperative, as long as cooperatives are permitted under the laws of the city or county in which it is located. State law requires cooperatives to register with the liquor board.

The study on home grows for recreational use was added into Senate Bill 5131 at the tail end of the 2017 legislative session.

"I would be very interested in knowing the experience of the other states, what has been the impact on law enforcement, has it helped people who use (marijuana) medically, and is it going to contribute to reduce the amount of marijuana peddled through the black market," said Rep. Shelley Kloba, D-Kirkland, who sponsored the companion bill in the House. She serves in the 1st Legislative District, which includes part of south Snohomish County.

As part of the study, lawmakers want to know whether the state can allow home grows and stay in line with rules set out in August 2013 by the Department of Justice in what is known as the Cole memo. It was issued by then-Deputy Attorney General James Cole.

In it, he laid out that federal authorities wanted states legalizing marijuana to maintain strict regulations, including tracing the product from seed to sale to prevent its diversion out of state. The memo also requires strong enforcement to prevent distribution of marijuana to minors and revenue from sales going to gangs and cartels.

"Our number one priority is ensuring we have a recommendation that will fit within the confines of the Cole memo," agency spokesman Brian Smith said.

Washington voters legalized marijuana use for adults 21 years and older in 2012. And a year ago the state merged its recreational and medical marijuana industries under one regulatory scheme.

Today there are 513 licensed retailers statewide providing product for an average of $7.40 a gram, Smith said. In Snohomish County there are 59 retailers, 99 processors and 94 producers.

For the study, three options are under consideration. Two would allow home grows under certain restrictions and one would not.

Under the first option, a permit would be required for a home grow and each household would be limited to four plants. All plants would need to be entered into the state traceability system and those with the permit would need to meet requirements for such things as security, preventing youth access and preventing diversion.

This approach would enable law enforcement, if they encounter a household with more than four plants, to seize and destroy plants beyond limit.

The second option sets a limit of four plants per household and requires a permit to grow. It does not require plants to be entered into traceability system of the state.

While it retains requirements for such things as security and preventing minors from getting access to marijuana, it allows local jurisdictions to enact more restrictive rules including prohibiting them.

The third option under consideration in the study would maintain the ban on home grows and preserve the status quo regarding the ability of patients to grow marijuana for medical use. Current law allows a medical patient to have up to six plants if they have authorization from a medical provider, or up to 15 plants if they register with the state Department of Health Medical Marijuana Authorization Database and have a recognition card.

There are lawmakers wanting to allow home grows but they have been unable to overcome concerns of reluctant colleagues and resistance from organizations such as the Washington CannaBusiness Association and Association of Washington Cities, or AWC.

"We're still a very, very young industry. Our priority is supporting the success of the current regulatory framework," said Aaron Pickus, spokesman for the cannabis group whose 70 members include marijuana retailers, processors and growers. "Generally speaking, we are erring on the side of implementing what already exists before we open it up further."

Candice Bock, government relations advocate for AWC, said it is a difficult law for cities to enforce. And they are concerned legal home grows can still be a source of conflict among neighbors.

"We take a very cautious approach to home grows and I don't know that we will be able to support a recreational home grow operation." 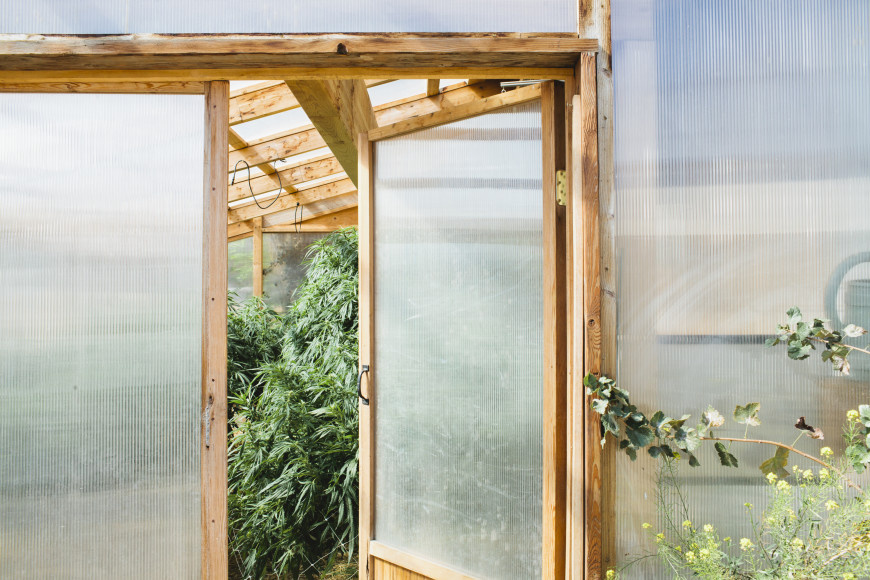